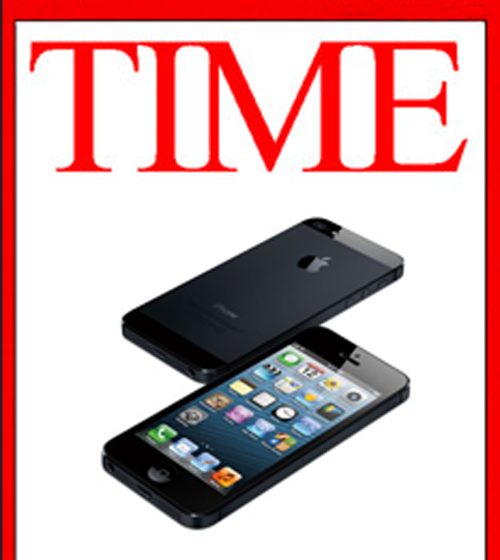 Another Top 10 list has been unveiled but this one happens to be from Time Magazine. Time has announced their top 10 gadgets of 2012 and number one on that list is the iPhone 5! Let’s take a look at why Time chose Apple’s latest smartphone iteration and what else made their list.

The iPhone 5 is Apple’s latest pinnacle device for smartphone innovation and technology. Time Magazine chose this amazing little device because it is so clear how much heart and soul went into re-imagining the iPhone from the previous generation’s design. More specifically they said:

“…one of the most artfully polished gadgets anyone’s ever built, with a taller screen than previous iPhones built into a thinner, lighter case.”

In comparison to the iPhone main rival in the Android domain, the Samsung Galaxy SIII, Time states that while the GS3 is a nifty phone, the iPhone 5 still displays that Apple has no real competitor when it comes to integrating form, function, and great customer service into each of it’s revolutionary products.

Interestingly enough, the Galaxy SIII did not make Time’s top 10 list but it’s enormous phablet sibling, the Galaxy Note II, did make the cut at number 8. Not surprisingly, another Apple product, the Macbook Pro with Retina Display, was worthy enough to be placed at number 6 on the list, in fact quite a few of Gizmocrazed‘s top 10 gadgets of the year were listed by Time as well. Those products include the Nest thermostat, Microsoft Surface RT, and Lytro camera. Take a look at our entire list, here.

So do you agree with Time Magazine’s decision for the number one gadget of the year, or do you know of another product that should have made the list? Let us know what you think in the comments.