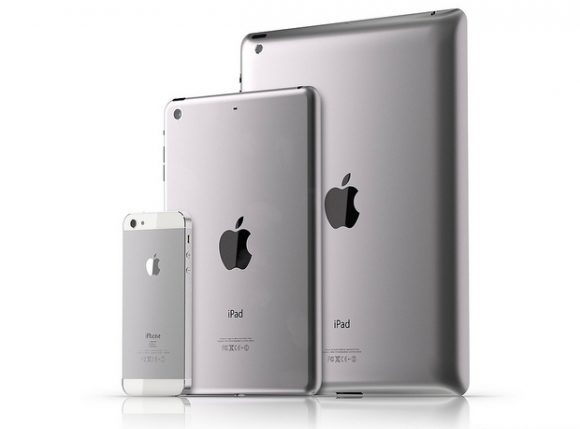 Another Apple event is coming up this week, and the Cupertino company has “a little more to show you.” That little more just might be the iPad Mini, a new device to compete with the likes of Amazon’s Kindle Fire and Google’s Nexus 7, and here is what to expect on October 23rd.

The physical dimensions of this tiny tablet is supposedly 7.85 inches diagonally and likely to be about as thin as, or thinner than, the current generation iPad, as we have seen how amazing skinny the new iPod Touch and iPhone has turned out. There is speculation around whether or not the iPad Mini will support a Retina display, but so many of their devices supporting it now and so many to most likely support it in the near future, it would be foolish on Apple’s part not to include it now. The backside aluminum is said to come in two colors of black or silver and it should still have the black or white options for the front cover.

It is safe to assume the new Apple tablet will be using the new Lightning connector as its proprietary connection port, as it has been included in the past two iOS devices reveals. Internally though, the iPad Mini is still a bit of a mystery because it could support the fancy new A6 processor that found in the iPhone 5 or it could use a previous generation chipset to save on cost and make it more of a budget device.

And speaking of budget, a recent pricing leak has shown the base price of the iPad Mini should be at $329, which would make an affordable tablet device of high quality and fantastic for consumption or production. There has not been much speculation on LTE support for Apple’s next pride and joy, but it could be something to look out for.

Does this sound like the perfect Apple device to carry around to school, work, or while you travel after finding the original iPad just too big? Or is Apple treading into dangerous territory by entering into the e-Reader and Nexus 7 world. Let us know what you think in the comments and look out for our in-depth review of the iPad Mini soon.