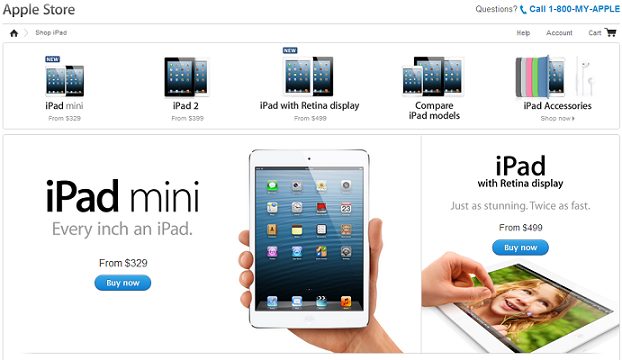 As announced at Tuesday’s Apple media event, iPad Mini and the iPad 4 are now available for pre-order. Anyone who’s willing to buy these tablets can place order on Apple’s website.

iPad Mini is launching in 34 countries with various models of Black/Slate or White/Silver to choose from:

Shipping for the Wifi models of both iPad Mini and the fourth generation iPad will start from November 2nd, while cellular models are expected to ship somewhere between mid-November.