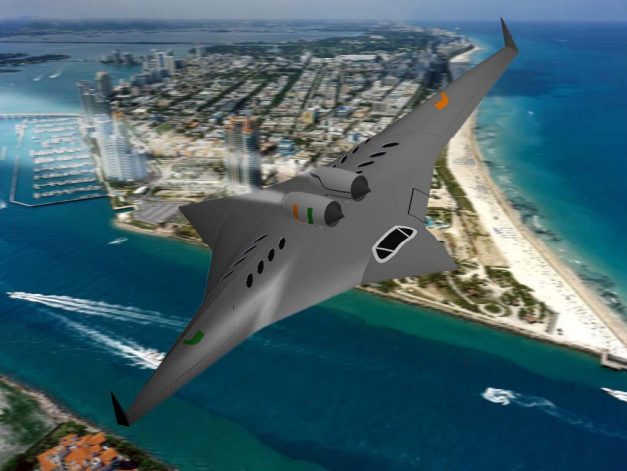 You think you know how planes should be designed? The common formula has been two wings, a cockpit, a tail, and throw some engines on there to be safe, then you should be able to fly forward fairly well. Now NASA is throwing a wrench into the mix with this new star-shaped jet that can go supersonic without the boom.

This remarkable design has been mocked by the veterans of the aerospace engineering world, not just for it’s interesting shape but because it flies sideways and is reversible in direction. The team at the University of Miami ignored the skeptics and a jet with two cockpits, one on the long axis and another on the short, to enable reversible flight.

The initial takeoff is at low speeds and for cruising, using it’s incredible wingspan for lift. Then for high speeds, the wings fold up and the plane rotates 90 degrees for the ability to go supersonic without creating the tremendous noise that usually accompanies it; thus making it the perfect spy plane.

It is certainly years away from physical/successful prototypes with the limited funding provided by NASA at this time. Could you see this project coming to fruition, or could it be another failed endeavor in the innovated dustbin? Let us know what you think in the comments.