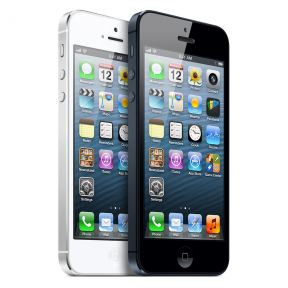 It’s needless to say that Apple’s smartphones are pretty popular among consumers; they are willing to camp outside of the stores a week before the release just to be one of the first of the public to hold the latest historic in their hands, and those with no time to camp attempt to pre-order for delivery on the release day. In the past, the iPhone pre-orders have sold out in as quick as 22 hours, but this year, the iPhone 5 sold out in just 1 hour.

At midnight Pacific time, fanboys from around the world attempted to pre-order the next must-have Apple product from Apple’s website or their carrier’s site, and 60 minutes later, the delivery time went from just 1 week to 2. You could have probably heard the collective “argh!!”‘s at 1 AM PST, as the people who have already sold their old iPhone have to wait another week before getting their hands on that tech candy. At the time of writing this article, delivery expectations have moved to 2-3 weeks as more and more people reserve the iPhone 5 and wait like a kid on Christmas.

After the reveal this past Wednesday, reviews of the iPhone 5 have either been smashing or dull agreement that it is an upgrade but nothing that wasn’t revealed a month before. This seems to be the pattern with the iPhone release as of late; a rush of rumors give an accurate depiction of the product, Apple confirms them with the unveiling, no one is surprised, yet everyone still is in a frenzy to buy one. No other brand of smartphone has ever had so much hype and hubbub, as much as Google and Microsoft have attempted to create; how do they do it?

What is your opinion of the 6th-generation iPhone? Are you a fanboy or are you above the masses? Let us know in the comments below.