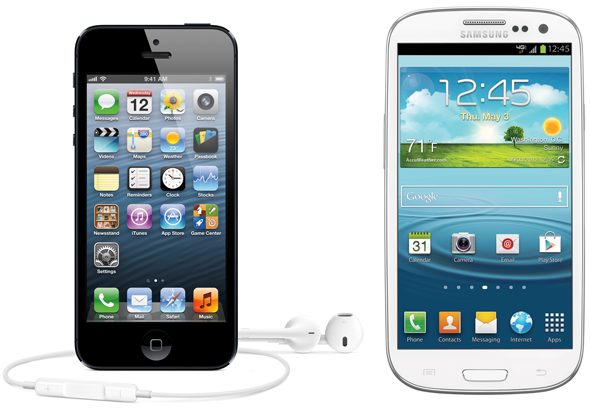 The iPhone 5 is now available in stores, and after the barrage of Instagram/Twitter posts of Apple’s new smartphone, the drop tests begin appearing on YouTube. The iPhone’s biggest competitor so far in the world of Android is Samsung’s Galaxy S III, so time to see how they compare.

The video below demonstrates how the iPhone 5 and GS3 handles being dropped out of the pocket, from mid-chest height, and from the ear; this is simulates the typical heights that a smartphone is dropped from. All three drops are onto hard cobblestone, so definitely one of the harder surfaces for your smartphone to fall on.

You can see how each phone faired in each drop in the video but overall it is clear to see that the iPhone 5 is the winner, and that is coming from an Android-biased YouTube channel! The GSIII’s plastic screen cracked after the second fall and the back popped off from the third fall. The iPhone 5’s anodized aluminum backing and framing protected the fragile glass screen extremely well, while getting the typical scratches that any phone gets from hitting hard stone.

The iPhone 5 is living up to all expectations so far, even if iOS 6 Maps has been a pain for everyone else so far. So does this drop test prove the Apple has built the world’s greatest smartphone so far, or are you still not convinced?