Even though not much time has passed since the release of Batman series “Dark Knight Rises”, the movie has become one of the biggest blockbusters of all times and doing excellent business in various parts of the globe. Following are the Top 10 interesting facts about Dark Knight Rises you might not know. 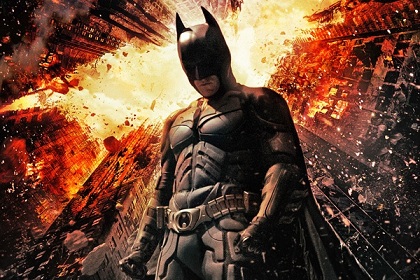 1. Christopher Nolan as a Director

Christopher Nolan became the first director to direct and complete Batman trilogy. If expert reviews are to be believed, his work is getting better with each passing sequel. He now stands equal to Sam Raimi, who completed full trilogy of Spiderman movies.

Out of the three writers, i.e., David Goyer, Christopher Nolan as well as Jonathan Nolan, only Jonathan thought of having a Catwoman in this movie. He argued that Batman is incomplete without a partner. Thus, to add a love twist to the movie Anne Hathway was roped in.

Unlike earlier versions of Batman, the directors and writers didn’t plan action during the time of writing the story. According to them, the actions came naturally while shooting the story. Dark Knight Rises which is looking like an epic war movie, consist of some brilliant action scenes that were never seen before.

During last two episodes of Batman series, directors didn’t use Batplane as they though they are unrealistic and won’t be taken well by the audience. Thus, they relied on the use of Batpod. However, they had a change of mind in the third squeal and they designed as superb batmobile, which is being well appreciated but the audience.

The Batcave scene in the movie was shot in huge sound state in LA. In normal circumstances, crew just take a portion and create a partial set. However in this case, every nook and corner was made to look like a Batcave to allow Nolan to choose camera from any angle. As we all know, the outcome is brilliant.

In a scene involving a football match in Gotham City, the crew used more than 15,000 people to shoot. However, they faced the problem of artists leaving in mid of shoot due to unbearable weather. Thus, they decided to give them prizes comprising of goodies, car, and iPods etc. so as to retain them for the rest of the shoot.

7. Fastest Shoot of All Batman Movies

Nolan was quick in directing movie this time. A movie of such a big magnitude got over in just 118 days from its start, which is slightly less than both the Batman Begins as well as Dark Knight.

This mask was something which has now become the trademark of the movie. However, its design was not so simple and it underwent a lot of changes. The designers wanted it to make much different from the silhouette of Batman and at the same time wanted it to look great on bald actors. So, they adopted this Mexican style wresting mask inspired design for Bane’s mask.

Things became very complicated for the crew in NYC and they spent almost eight months for the shoot at Brooklyn Bridge, Wall Street etc. The full scale model of Bat-plane was actually carried to streets of NY on cranes.