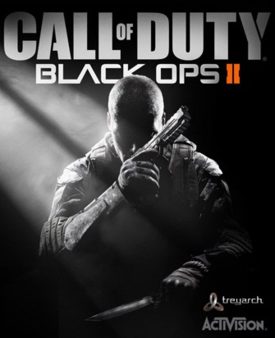 The plot takes a different spin from the current games in the series. This game is set in a futuristic world. Gamers can expect lots of high-profile graphics, an advanced-technology world and perfectly harmonized sound and graphics during play. The most exciting part that has players on edge is the player-chosen plot line. What happens in Call of Duty Black Ops 2 is based on what the player chooses. This concept is completely fresh to the series of games, and it will surely give the game lots of replay value.

The previous games had just a few hours of initial gameplay. Black Ops 2 changes that with special Strike Force missions through the campaigns. You are able to play as different characters in these missions. This gives you the power to control turrets, work as a sniper or provide air support. If you want to play traditionally, you can be a gunner that works on the ground. The plot is supposed to change based on what you choose.

Call of Duty Black Ops 2 is a high-demand game. With the holiday season approaching just around release time, it is expected to rake in millions in sales. Black Ops 2 is one of the top three games that is releasing in the fall season. It is ranked as the top game for PS3 gamers and the second favorite for XBOX 360 gamers. This game is sure to sell out fast and become a hard-to-find game during the holiday season. Ordering Call of Duty Black Ops 2 ahead of time is going to be your best shot at ensuring a copy.

Will It Be Worth It?

If you have seen the trailers, you know it will be a high-tech game with plenty of excellent gameplay options. If you are a fan of the franchise, Black Ops 2 is a great addition to your collection. If you are new to the series, Black Ops 2 is easily playable by new fans. All you have to do now is wait for the big release in November.