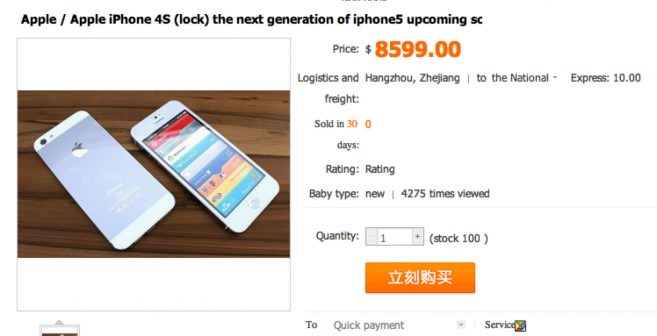 Yes, you read that right. The next most anticipated gadget, the iPhone 5, has been listed for sale in China, Reuters reports. The pictures being used are concept mockups based on rumours such as large display screen and more powerful Siri.

We still don’t know what features iPhone 5 will bring with itself or how will it look like, but you can preoder now for 8599 Chinese Yuan or approximately $1,348 USD on TaoBao.

Would you spend hard-earned money on next generation Apple iPhone without knowing anything about it? Let us know in comments.