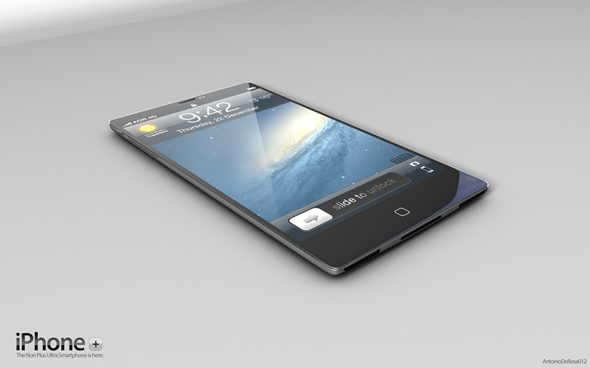 The iPhone 4S, launched back in October, achieved millions of sales within days of it’s launch but still attracted a lot of snide comments for being same in design to the iPhone 4. For those who have been living under a rock or a deserted island, the iPhone 4S is identical to the iPhone 4 to the last curve, except a small strip on it’s sides for the antenna. So the photoshop-fanatics have starting making concepts for the next generation iPhone. And the latest in these concepts is the “iPhone plus” which is better than any other concept we have ever seen.

Specifications: The specs of the iPhone Plus concept are a bit different than the usual ones depicted in other concepts. For one thing, the “iPhone Plus” has a 4.3 inch screen along with a projector to project content on surfaces.

The phone itself is made of something called “double alkali-aluminosilicate sheet glass”. For you, the main thing is that the phone will certainly not be plasticky or cheap-feeling like most of the Android phones (Read: Galaxy S III).

As far as the looks are concerned, you might have never seen a phone more beautiful than this. While this mockup phone is a lot thinner than the iPhone 4/4S, (though we don’t know the exact thickness) but be assured, you won’t be teased by your Galaxy owner friends if you buy a phone this thin. 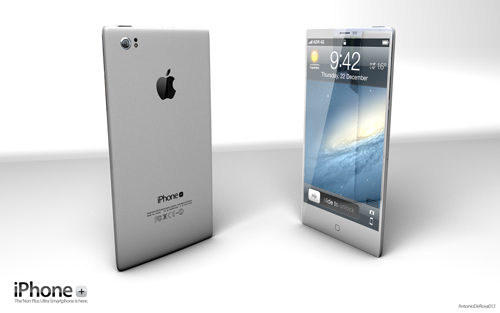 You might like to think that this will be the iPhone 5, but unfortunately this concept is no more than a bit of photoshopping. Though we would be really happy if Apple does take a hint from the this concept, and churns out an iPhone like this, or even near this.

So what do you think about the “iPhone Plus” concept, and are you excited about the iPhone 5?