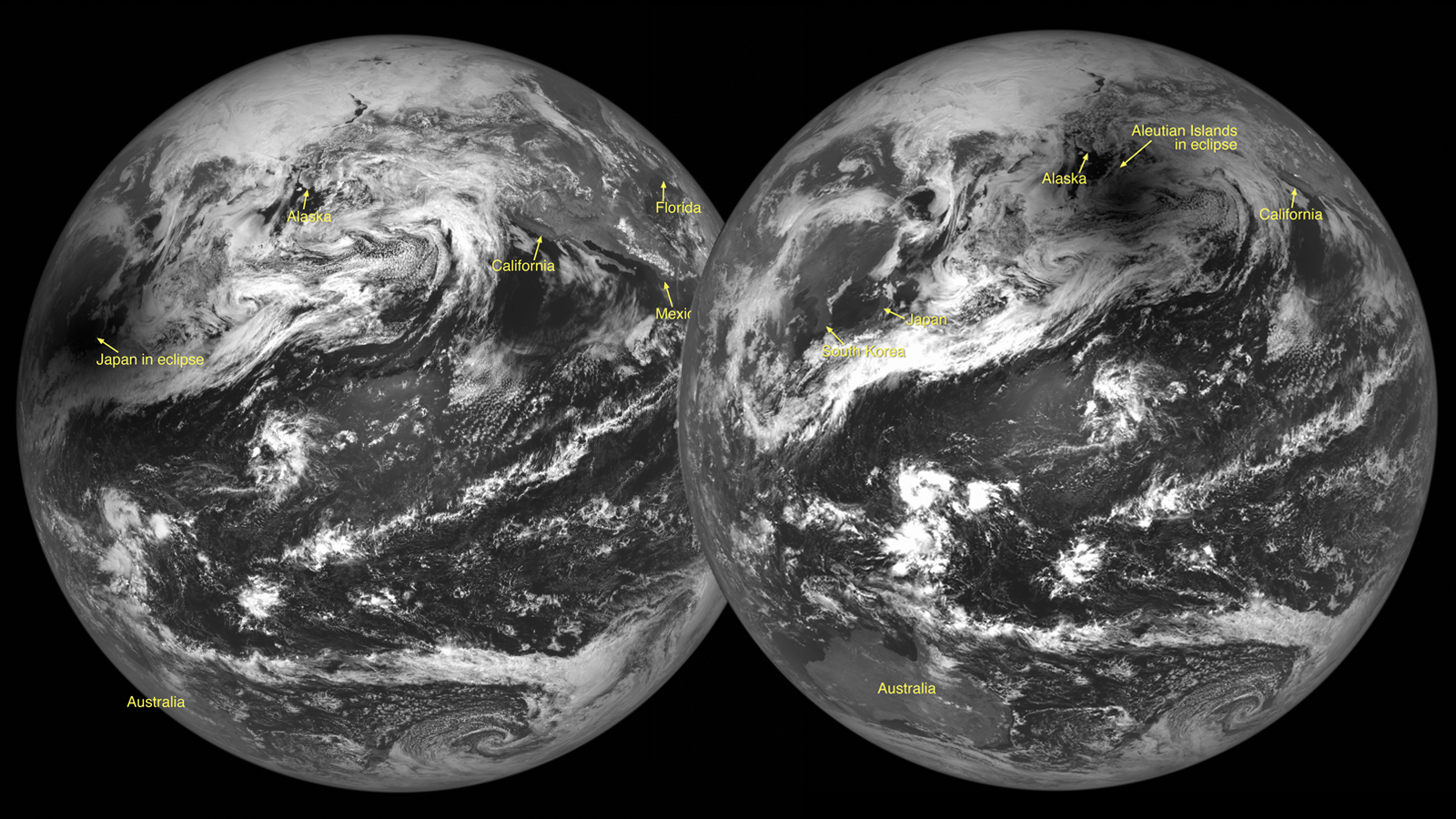 Solar Eclipse: the phenomenon in which the moon comes infront of the sun completely blocking the sun from view of the earth for a few precise moments. Although considered hazardous to eyes by some scientific theories, hundreds of people turn up to watch as the sun looks like as it is being bitten by the moon. But how does the solar eclipse appears from the moon? 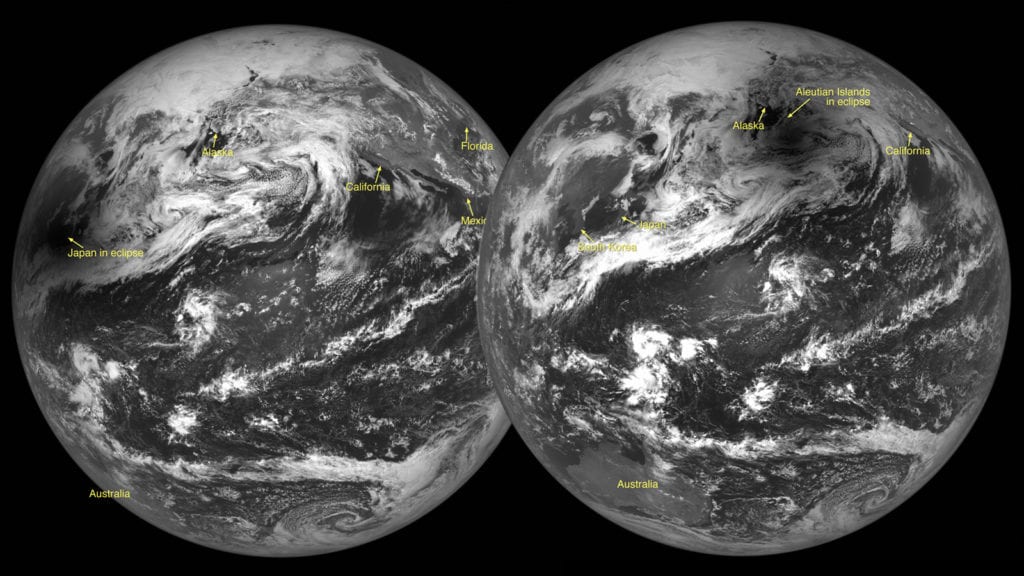 The pic shown in the image above is taken by The Lunar Reconnaissance Orbiter Camera which managed to turn around and capture the exact precious moment when the Moon was eclipsing the sun.

You can see the original image here, as the shadow passed over Japan (left) and over the Aleutian Islands (right).