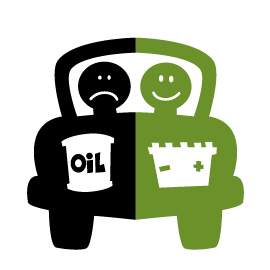 You don’t have to be a genius to work out that the economy has been struggling lately on the back of the recession. Unemployment is rife and statements from business analysts warning of the impending doom of many companies are common place.

One of the reasons which are most commonly cited by businesses as a major contributor to their woes is rising fuel prices, as many companies obviously rely on their vehicle fleet to complete their operations. The knock on effect of all of this is less profitable companies, a reduction in the number of jobs available and hence more financial strife for the economy in general.

However, Renault has recently become the first major vehicle manufacturer to mass produce an all-electric van for commercial use. So could this be the first step in getting the economy back on track?

It’s difficult to bit an exact figure to the estimated annual mileage of a vehicle in an SME’s fleet. However, it is a good estimate to say that most van drivers will complete about 30,000 miles every single year.

The amount of weight carried will obviously have an impact on total fuel consumption, but a 2.2 litre Ford Transit diesel van has an average fuel consumption of about 39.2 mpg (miles per gallon) according to the manufacturer. A conservative estimate on the amount of money which would be spent every year by a business in order to complete these 30,000 miles would therefore be about £5,200.

Renault’s new Kangoo E.V. van meanwhile will cost just £2 to recharge overnight according to the manufacturer, so that it is capable of completing its full range of 106 miles the next day. Even if the van was going to be in operation every single day of the year, it would still only cost £730 per year; a saving of £4,470 over the conventional diesel Transit.

Of course, this is a potential saving available through ditching just one vehicle in a company’s fleet in favour of an electric alternative. Replacing a fleet consisting of ten vans with electric motors would save a company £44,700 each year!

Then there is road tax and van insurance to consider. The Renault Kangoo E.V. van is exempt from road tax charging, resulting in an additional annual saving of about £215 per year.

However it is Insurance which is perhaps the biggest concern, particular for any company which has male members of staff who are under the age of 23, with Autonet reporting that the motorists classified within this bracket attract premiums of about £2,550 on average.

Research by MoneySupermarket.com suggested that many insurers will now offer a discount of about 5% off the cost of cover to owners of environmentally friendly vehicles. Theoretically this will bring a saving of about £127.50 per year for every policy which features an average male driver under the age of 23.

Again, over a fleet of ten vehicles, the combined insurance and tax savings available would total £3,425 per year. In total, a company with ten vehicles would therefore stand to shave off about £48,125 per year in running costs by opting for Renault’s electric alternative over a Ford Transit.

In terms of outright performance, the Kangoo doesn’t really feel any different from any other van on the road, with superb handling and a solid ride. The 60bhp engine in the Kangoo is also actually rather nippy but it’s obviously not going to be as good as the Transit when it comes to transporting heavy goods. Nevertheless, this is never going to real be a sufficient enough deterrent for a company which is standing to save almost £50,000 every year.

However, one problem which business may encounter is the range and battery rental fees.

Firstly let’s look at the range, with the Kangoo capable of complete 106 miles between charges, which obviously limits drivers to destinations which are no more than 53 miles away from base. Renault itself admits that this will render the van impractical for some businesses, but claims that 70% of van owners complete less than 60 miles in total every day.

Is it worth it?

The potential savings available to businesses who decide to replace their existing fleet of vans with Renault’s electric Kangoo Z.E. are not to be ignored, particular for those with at least ten vehicles.

However, it is the battery rental mileage limit which is likely to prove to be the biggest deterrent for business owners, with this problem being at least likely to eat into the potential savings. In terms of the limited range, Renault makes a good point with its statement that most vans will not do more than 60 miles per day. For most businesses, the limited range between charges and 6-8 hour recharging times are therefore unlikely to be the biggest turn-off as had been expected.

Nevertheless, this is a fine effort from Renault and the fact that it is cheaper to purchase initially than a Ford Transit is a remarkably accomplishment; signalling a real step forward for the electric car industry which is dangerously close to be practical for the majority. This would ultimately save companies money and therefore likely create more jobs. Renault could well have produced the answer to the problems which face our economy.

What Climate-Conscious Cities Can Learn From Each Other

GizmoCrazed - November 23, 2017 0
This story originally appeared on CityLab and is part of the Climate Desk collaboration. In many ways, Essen is the envy of cities trying to move past their industrial...