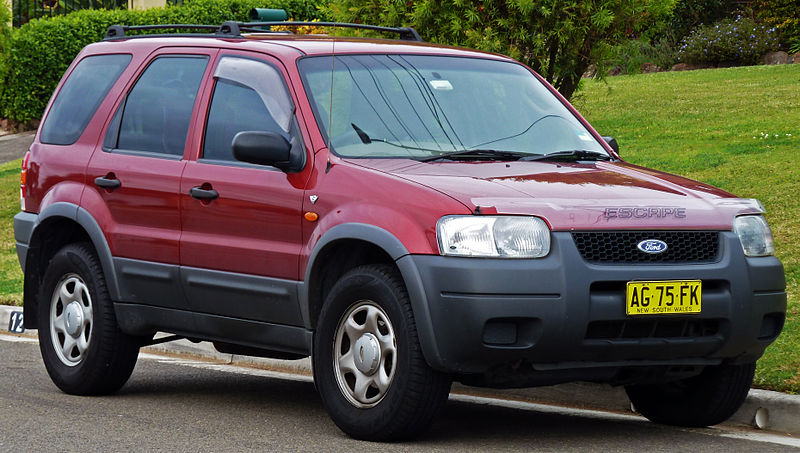 Sport Utility Vehicles, or SUVs for short, are similar to station wagons, but are much lighter in their built. They mostly have four-wheel drive for on or off-road ability. However, strictly from an environmental conservation point of view, they are held similar to passenger cars. In most countries, SUVs are known simply as four-wheel drive or 4WD for short. However not all SUVs are four-wheelers. More general terms like a jeep or a Land Rover are also used. They are mostly used in urban centers on paved roads where they work their best. Each year, many of these are built by different automakers and are also showcased on vehicles-focused exhibitions. Here is the list of Top 10 SUVs for the year 2012. 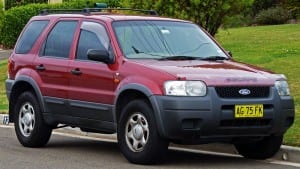 Manufactured by Ford Motor Company, Ford Escape was first introduced in 2000. Ford markets it as part of its traditional SUV lineup, but it is technically a crossover vehicle like Ford Edge or Ford Flex. In the European markets, Ford Escape was called Ford Maverick, and was developed in collaboration with Mazda. Since 2001, there have been multiple successive models introduced, including the first hybrid SUV, which was a hybrid version of Ford Escape. A new Ford Escape model is expected in April 2012. 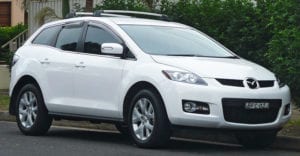 It is a mid-size crossover SUV model manufactured by Mazda and was first introduced in 2006, the first one by Mazda since its discontinuation of Mazda Navajo in 1994. From an outside, Mazda CX-7 looks a lot similar to Mazda CX-9, but they have different functionalities from the inside. The year 2012 is the last year that any CX-7s will be manufactured by Mazda, after which their production will stop. 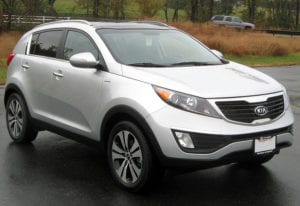 It is a compact crossover SUV built by the Korean automaker, Kia Motors. It was first introduced in July 1993 and since then has had three generations of models. It is similar in many features to Hyundai Elantra, Hyundai Matrix, Hyundai Tucson, Hyundai Tiburon, and Kia Spectra. The third generation Kia Sportage has been awarded with ‘Top Safety Pick’ by the Insurance Institute for Highway Safety (IIHS) in the United States. It was also one of the least expensive vehicles to insure according to Insure.com. 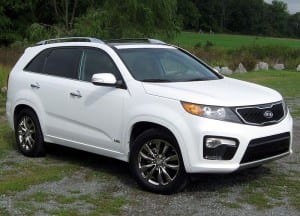 It is a mid-size crossover SUV manufactured by Kia Motors. It was first launched in 2002. It is into its second generation production. It is also Kia’s first car that was built and assembled in the United States. It is related to Hyundai Santa Fe and Hyundai Veracruz/ix55. In 2011, Kia Sorento was awarded with the highest possible safety rating by the crash safety experts, European New Car Assessment Programme (Euro NCAP) [8] and Australasian New Car Assessment Program (ANCAP) and ‘Top Safety Pick’ from IIHS in the U.S. 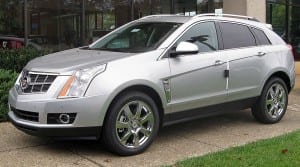 It is a mid-size crossover SUV manufactured by the American automaker, General Motors’ Cadillac division. It was first introduced in 2004. For the years, 2010 and 2011, it was Cadillac’s best-selling model in the U.S. Recently Cadillac disclosed at the 2012 New York Auto Show that it will restyle the SRX completely. The new model is expected to start sale in the fall of this year. It is related to Saab 9-4X. 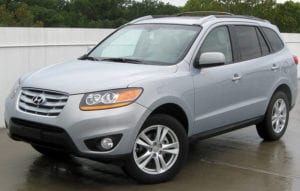 It is a mid-size crossover SUV which has been based on Hyundai Sonata platform. The name for this model has been derived from Santa Fe in New Mexico, United States. It was first introduced in 2001 and Hyundai’s first SUV. The popularity with American buyers for this SUV was so high that it was difficult to meet the supply demand. This model has been considered as a responsible factor for Hyundai’s success in the U.S. It faced an ad controversy in 2007 for violation of safe driving recommendations. But the vehicle has been recognized for its high safety too. 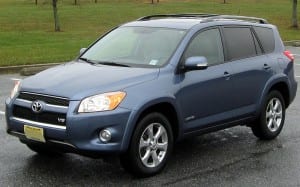 The name RAV4 means “Recreational Active Vehicle with 4-wheel drive”, though in some countries it is available with options. It is a crossover SUV manufactured by Toyota and was the automaker’s first of its kind. It was first introduced in 1994. Toyota has come out with many different versions of this vehicle over the years trying to match the needs and desires of its customers. The fourth generation Toyota RAV4 is reportedly to start production in the third quarter of 2012 and it will be based on the Camry platform. 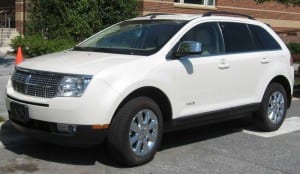 It is a mid-size luxury crossover (CUV) from Ford’s Lincoln division which was first introduced in 2007. It has a few styling and some premium features different from Ford Edge, but it resembles its technology a lot. It is assembled in Oakville, Ontario, Canada. The current modeling is just a little refreshment of the same old features.

It is a crossover SUV that was first introduced by Toyota’s luxury division Lexus in 1998. There have been three generations introduced so far. In Japan, these were sold under the name of Toyota Harrier as Lexus was not yet launched in the country. It has been amongst the best-selling SUVs in the U.S. The vehicle has won numerous awards for its style and likability. 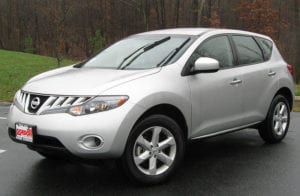 The name Murano is inspired from a region in Venice, Italy that is known for hand blown glass manufacturing. It is a mid-size crossover SUV first introduced by Nissan in 2002 and it was also the automaker’s first SUV for the U.S. and Canada. Its sales in Europe started in 2004 and it is available only in one version there. It has been nominated for the North American Truck of the Year award in 2003 and was named the best premium mid-size SUV by AutoPacific.