Fighter planes are an integral part of any state’s defence today. The more technologically advanced fighter planes a nation has, the more strongly it could defend itself against its enemies in times of war. These fighter jets are made especially on order and are then exported to the countries based on strategic and political coordination. Here is a list of fighter aircrafts considered to be the best.

The Chengdu J-10 or Jian-10, which is also nicknamed as Vigorous Dragon mostly in the Western countries, is a multirole fighter aircraft designed and manufactured by the People’s Republic of China which can operate in all-weather conditions. It is designed for both air-to-air and air-to-ground combats. There are other variants of this aircraft. Pakistan has also reported ordered these aircrafts and Pakistan Air Force squadrons are under training for its operations. As of 2010, one such aircraft costs $27.84 million. 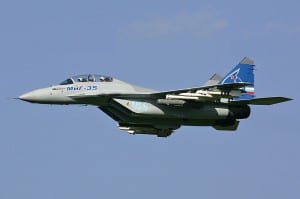 The Mikoyan MiG-35, also known as Fulcrum-F by NATO, is an advanced technological variant of MiG-29M/M2 and MiG-29K/KUB technology. It is a 4++ generation multirole fighter aircraft developed by Russia and has excellent avionics and weapon systems, especially its new Active Electronically Scanned Array (AESA) and Optical Locator System (OLS). These features make it independent from ground-controlled interception (GCI) system. It also has Laser Emission Detector (LED) attached on each of its wingtip. The aircraft was first introduced during the Aero India 2007 air show. 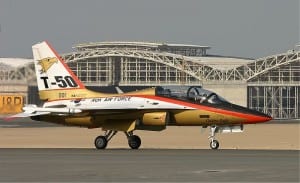 This fighter aircraft is from the South Korean supersonic advanced trainers, which is amongst the few in the world. It is a multirole fighter aircraft developed by Korea Aerospace Industries. There are other combat variants that also exist. Countries such as Indonesia, Iraq, Poland, the Philippines, Spain and the United States are reportedly looking to buy a certain number of this aircraft. It is most suited for electronic warfare with high targeting capabilities. As of 2008, one unit of this aircraft costs $21 million. 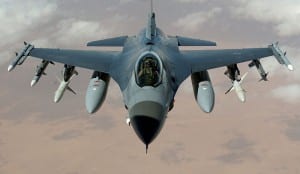 The F-16IN is considered to be the most advanced to date. It has Active Electronically Scanned Array (AESA) radar, advanced electronic warfare suites, and an infrared search and track (IRST) system. It is also known as F-16IN Super Viper and was showcased in the Aero India 2009. It is considered to be more advance than the F-16s Pakistan is buying. 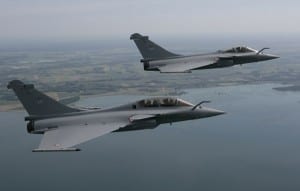 The Dassault Rafale is a French twin-engine delta-wing combat aircraft designed and built by Dassault Aviation. It is a multirole fighter aircraft, which simultaneously undertakes air supremacy, interdiction, reconnaissance, and airborne nuclear deterrent missions. It supports an electronic warfare system, SPECTRA, that protects the aircraft from ground and airborne dangers. It has been sold to the Indian Air Force. The aircraft is undergoing further advance development and modifications in design and avionics. Depending on the variant, it could cost as much as $124 million as of 2010. 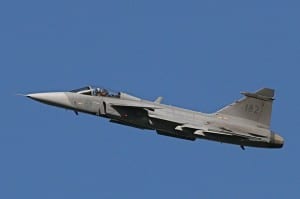 The Saab JAS 39 Gripen is a lightweight single-engine multirole fighter aircraft. It is primarily used by the Swedish Air Force and has features including delta wings, canards, relaxed stability design and fly-by-wire technology. It has been successfully marketed in Central Europe, South African and Southeast Asia. One of these aircrafts would cost anywhere between $40 million to $60 million. 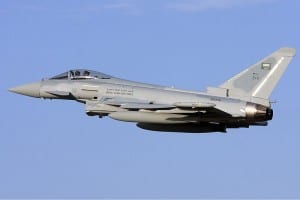 The Eurofighter Typhoon is a twin-engine, canard-delta wing, multirole fighter made under NATO Eurofighter and Tornado Management Agency by four different companies from the UK, Italy, Spain and Germany. It has sophisticated integrated defense system which monitors air-to-air and surface-to-air dangers and deal with various threats simultaneously. There are other variants of this aircraft that are also manufactured. 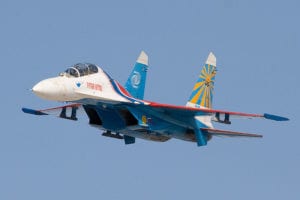 The Sukhoi Su-27 is a twin-engine supermanoeuverable fighter aircraft, which is mostly used for air superiority missions, but can also perform all kinds of combat operations too. It is similar to the United States’ F-15 Eagle. There are many other variants which are manufactured. Its NATO reporting name is Flanker and it is also known as the Russian Flying Monster. It can destroy anything under the range of 3,530 KM and is considered amongst the best fourth generation fighter jets. 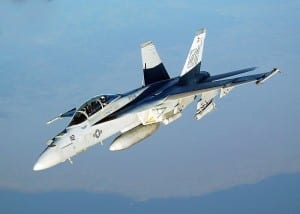 The Boeing F/A-18E/F Super Hornet is a twin-engine carrier-based multirole fighter aircraft, which has other variants too. It has an internal 20 mm gun and is capable of carrying air-to-air missiles and air-to-surface weapons. There is also an air refueling system that this fighter jet can perform. It has one of the best aerodynamics features and has a high angle-of-attack ability. It is considered to be the guardian of America’s dignity. A unit of it costs $66.9 million. 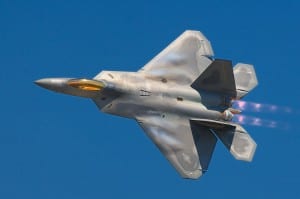 The Lockheed Martin/Boeing F-22 Raptor is a single-seat, twin-engine fifth-generation supermaneuverable fighter aircraft that uses stealth technology as it is designed for an air superiority combat. It has capabilities of ground attack, electronic warfare, and signals intelligence roles. It is the fifth generation fighter jet. The aircraft is considered the United States as a major part of its tactical air power and claims that it is unmatched by any known or projected aircraft. It considered the world’s best aircraft, however, it is being ceased into production. One unit of it costs $150 million.