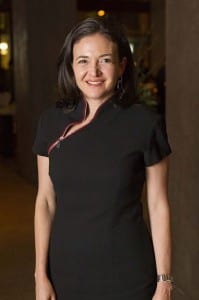 Sheryl Kara Sandberg is an American businesswoman who is the Chief Operating Officer of Facebook since 2008. She joined Facebook and made it profitable by supervising the social network’s business operations. She helped in sales, marketing, business development, human resources, public policy and communications according to Facebook’s own admission about her contributions. She was previously working as Vice President of Global Online Sales and Operations with Google and helped launch Google.org, which works for charitable causes. Before joining all of these lucrative job positions, she was in the government, serving as the chief of staff for the United States Department of the Treasury. She is of Jewish descent and is married with two children to David Goldberg, the CEO of SurveyMonkey. Since 2007, she is constantly being ranked amongst the most powerful women in the world. 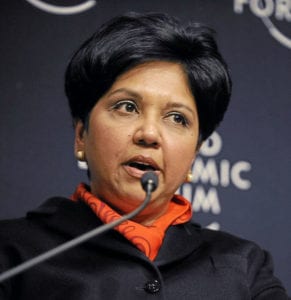 Indra Krishnamurthy Nooyi is an Indian-born American business executive who is currently the Chairperson and the CEO of PepsiCo, which is the second largest food & beverages company in the world. Being in this position, she has earned a total compensation of $17 million in 2011. Since early on in her career, she has worked with major companies in strategic positions. Fortune ranked her as the number one most powerful woman in business for the two consecutive years, 2009 and 2010. Since 2006, she has been constantly ranked amongst the most powerful women in the world. She has four Honorary Doctorates of Law from four universities, two Honorary Degrees from two other universities and an Honorary Doctorate of Human Letters by Pennsylvania State University. She has also been recognized by the President of India in 2007 with Padma Bhushan and has a Barnard Medal of Honor from Barnard College. 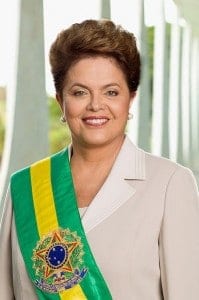 Dilma Vana Rousseff is the 36th President of Brazil currently serving her first term. She is also the first woman to hold this office in her country. She was also the first woman to be the Chief of Staff of Brazil in 2005 appointed by the then President. She started her political activism as a socialist joining left-wing urban guerrilla groups as a youth. She was jailed and tortured in 1970 and 1972 while resisting military dictatorship. She recovered from her traumas and found the Democratic Labour Party, but she had to leave the party due to internal differences and then joined the Workers’ Party. By profession she is an economist. She had been the Municipal Secretary of Treasury, State Secretary of Energy and then later Minister of Energy. She holds the distinction of being the first woman to open a session of the United Nations General Assembly. She has been awarded Bulgaria’s highest state honour, the Order of Stara Planina. She has been target of criticism for being supportive of the legalization of abortion. She faces harsh opposition within her country and is termed as a traitor by some. She also has a mixed stand on economic strategies. 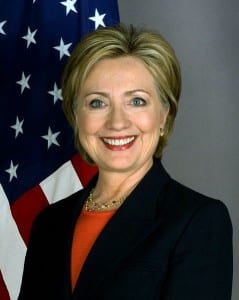 Hillary Diane Rodham Clinton is the 67th United States Secretary of State and was previously the United States Senator for New York from 2001 to 2009. She was also the First Lady of the United States from 1993 to 2001 as the wife of the 42nd President, Bill Clinton. She had also been the First Lady of Arkansas from 1979 to 1981 and again from 1983 to 1992. From 1977 to 1979, Bill Clinton was the Arkansas Attorney General and hence she lived in a powerful position as an advocate. She played a major role as a researcher during the Watergate Scandal being part of the House Committee on Judiciary in 1974. By profession she is a lawyer and has one daughter. She was subject of the Whitewater controversy investigations in 1996, which despite her wrongdoings and involvement in bribery, never charged her with these crimes. She had been criticized for being a power hungry looking for political influence, especially when her marriage essentially failed due to the Lewinsky scandal in 1998. She was a leading candidate for the Democratic Party’s presidential nomination in 2008 election, but lost it to President Obama. She is politically conservative. Her expertise in foreign policy matters is questionable as often she has shown lack of knowledge, understanding and planning to solve important issues. She is the first former First Lady to serve in the United States Cabinet. 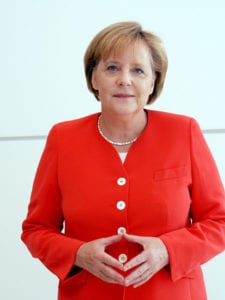 Angela Dorothea Merkel is the current Chancellor of Germany since November 2005 serving under a coalition government and the first female to hold this position. She is also the Chairwoman of the Christian Democratic Union. She is a physical chemist by profession and joined politics after the revolutions that occurred during 1989. Previously, she was also the Federal Minister for Women and Youth from 1991 to 1994 and also the Federal Minister for the Environment, Nature Conservation and Nuclear Safety from 1994 to 1998. She had been the President of the European Council in 2007 and was the second woman after Margaret Thatcher to chair the G8. She played an essential part in the Treaty of Lisbon and the Berlin Declaration. She is known for her economic outlook in handling financial crisis. She is considered to be the most powerful person in the leadership of the European Union and since 2006 has been in that powerful capacity.

America’s First Climate Change Refugees Try to Save Their Town

GizmoCrazed - January 25, 2018 0
This story originally appeared on CityLab and is part of the Climate Desk collaboration. The only land route that connects Isle de Jean Charles, Louisiana, to the rest of...

Man’s Heart Rotate In His Chest After A Motorcycle Accident