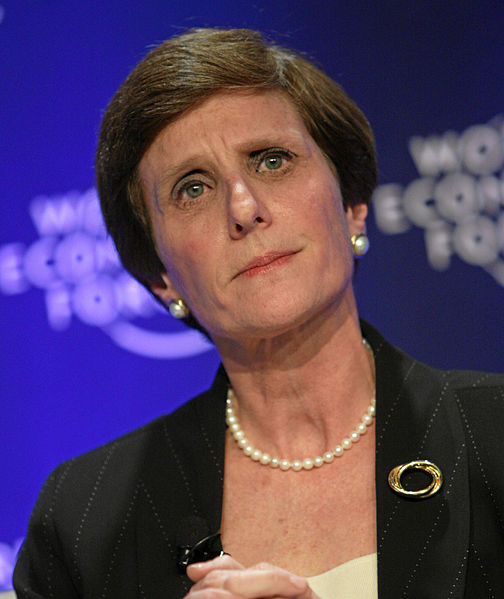 Even though women are not paid the same monetary benefits as their male counterparts in the same positions often times and are not looked up to for leadership in during crises, but the women of today have proven the age old notion of prejudice against women as that – just a prejudice with no truth to it.

All of these powerful women on this list are leaders in their fields and are strong businesswomen who hold influence in decision making and strategic planning. 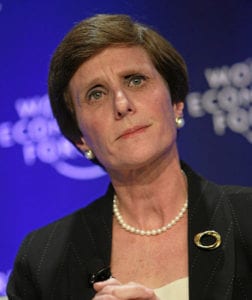 Irene Blecker Rosenfeld is an American business executive and currently serves as the CEO and Chairwoman of Kraft Foods. She is also a member of the Economic Club of Chicago and works with the Board of Directors for the Grocery Manufacturers Association as one of its members too. The Cornell University Board of Trustees also has her on their Board of Directors. She is of Jewish descent and is married with two daughters. As of 2009, her salary was $16.9 million and in 2010, her total earning in compensation was worth $19.288 million. She was at number six on the list of “50 Women to Watch” by The Wall Street Journal in 2008. In 2010, she was ranked as the second most powerful women in the world and she dropped down to number ten as of 2011. 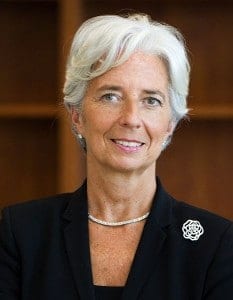 Christine Madeleine Odette Lagarde is a French antitrust and labour lawyer who is the managing director of the International Monetary Fund (IMF) since July 5, 2011. Though being a lawyer, she however has spent most of her professional career in economic planning being the French Minister of Economic Affairs, Finances and Industry. She had also been the Minister of Agriculture and Fishing and had also held the post of Minister of Trade in the French government. She has a distinction of being the first woman ever to become a minister of Economic Affairs in of the G8 countries and she is also the first woman to have the position of being the head of IMF. In November 2009, she was ranked as the best minister of finance of the Eurozone by The Financial Times. Her economic outlook is essentially that of a liberal, idealizing Adam Smith for it. She wants to focus on debt reduction and want European nations to unity under economic crises. 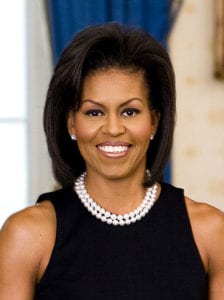 Michelle LaVaughn Robinson Obama is widely known as the current First Lady of the United States. She previously worked in the law firm Sidley Austin where she met President Obama. She has two daughters, Malia and Sasha. Her brother, Craig Robinson, is men’s basketball coach at Oregon State University. She is often appreciated for her sense of fashion and is considered a positive role model for women. Though she had often been part of criticism too, at times when her dressing was either a little over the top and or at times a little undertone, she became the target of those who dislike and disagree with her. She is an advocate for poverty awareness, nutrition and healthy eating. She was raised in the South Side of Chicago, which is a town known for its social imbalance, high crime rates, low-education and unemployment. 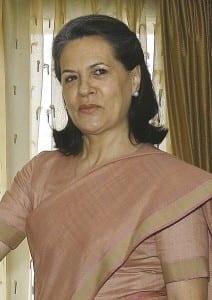 Born as Antonia Edvige Albina Maino, Sonia Gandhi is the widow of the former Indian Prime Minister, Rajiv Gandhi. She is currently the President of the Indian National Congress (INC), which is amongst the leading political parties in the country. Initially, she did not want to join politics actively and chose to stay away from her involvement, but upon constant insistence from the INC, she started her political career in 1997 and soon after that got elected as the leader of the party. Due to conservatism in the Indian society, which is often confused with their patriotic deal for the motherland, Sonia faces harsh attitude from the masses for her Italian origin. Also she is still a Christian. Since 2004, she has been listed amongst the top ten most powerful women in the world by Forbes and as one of the most influential people by Time 100 in 2007 and 2008. She has been awarded with Honorary Doctorate by the Brussels University in 2006 and by the University of Madras in 2008. She has also been recognized with the Order of King Leopold by the Belgian government. 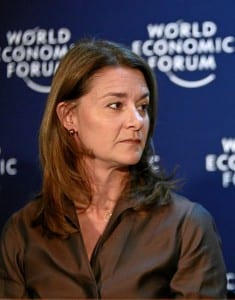 Melinda French Gates is an American businesswoman and a philanthropist, who is famous partly because of her husband Bill Gates. But on her own, she is the co-founder and co-chair of the Bill & Melinda Gates Foundation. Previously, she has also worked for Microsoft’s products like Publisher, Microsoft Bob, Encarta, and Expedia. She remains in the limelight through her contribution to charitable causes related to health and education. She was awarded an honorary degree, along with her husband, by the University of Cambridge. She continues to work through her charity and fund foundation. She has three children.