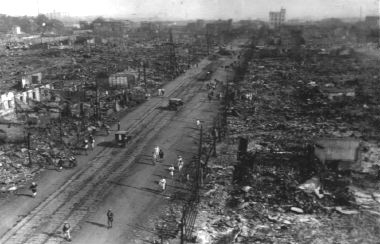 An earthquake is one of the natural agents of change on this earth which is caused as a result of a sudden release of energy in the earth’s crust that generates seismic waves. Many cultures believe that earthquakes happen as a result of the wrath of God upon the people of the area on which devastation takes place.

The earthquakes could be measured with observations noted from seismometers and the scale is commonly known as the Richter Magnitude scale. Throughout history many earthquakes occurred. Here are the Top 10 deadliest earthquakes in history. 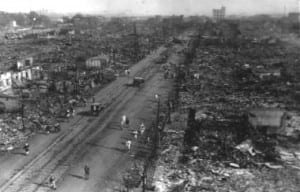 An earthquake of 7.9 magnitude struck Great Kanto, a region of Japan and killed an estimated 100,000 to 142,800 people. Around 40,000 people went missing and later presumed dead. The devastation due to this earthquake occurred on September 1, 1923 and continued for about 4 to 10 minutes according to some reports. As a result of the high magnitude of this earthquake, the 93-ton Great Buddha statue at Kamakura also moved almost two feet forward. 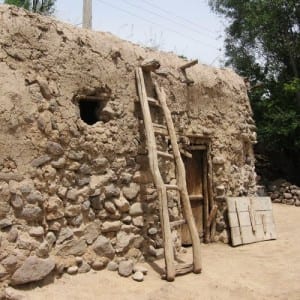 An earthquake of unknown magnitude struck Ardabil, Iran on March 22, 893 and killed an estimated 150,000 people. However, the earthquake of Ardabil’s devastation may have been misreported due to the confusion created by the Arabic word Dvin instead of Dabil as in Ardabil. The earthquake is thus regarded as a fake earthquake. 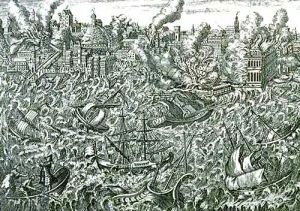 An earthquake of unknown magnitude hit Aleppo, Syria on October 11, 1138. The death toll is estimated to be 230,000 people according to the sources of Ibn Taghribirdi from the 15th century.

6. Indian Ocean and the Island of Sumatra 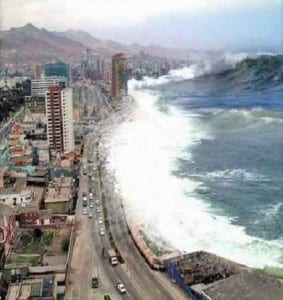 On December 26, 2004, the Indian Ocean and the island of Sumatra in Indonesia were struck by an earthquake resulting from tsunami of magnitude 9.1 to 9.3 and caused deaths of more than 230,210 people.