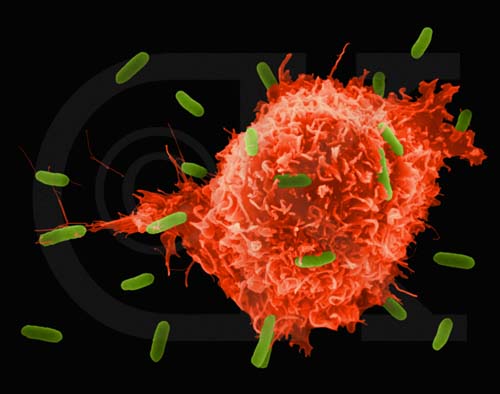 Great news from the world of medical science comes as scientists have stepped closer in curing cancer. They have developed a drug that can shrink or eliminate all kinds of cancers may it be breast, ovarian, brain, liver, colon, bladder, or prostate tumor. The drug is in its trial phases and success has been achieved in initial tests conducted on mice.

The research that led to this drug began a decade ago when biologist Irving Weissman of the Stanford University School of Medicine in Palo Alto, California, discovered that leukaemia cells produce higher levels of a protein called CD47 than do healthy cells.

He and his fellow scientists also found out that this same CD47 protein exists in normal red blood cells that marks them from being attacked by the immune system as they circulate all around the human body. It is this property of the said protein that is employed by cancerous cells to trick the human body into leaving them alone and presenting themselves as a healthy part of the body to its immune system.

Following this discovery over the past years Weissman’s lab results from mice showed that blocking this CD47 with an anti-body allowed the immune system to detect these cancerous cells as invaders and as a result some cases of leukaemias and lymphomas were cured in these mice.

Progressing forward with his research, Weissman and colleagues have now shown far wider impact of the CD47 blocking antibody than just blood cancers.

What we’ve shown is that CD47 isn’t just important on leukemias and lymphomas, it’s on every single human primary tumor that we tested.

This comes as a direct consequence of the fact that all cancer cells always had higher levels of CD47 as compared to healthy ones. The greater the difference between these levels the greater the survival odds of the patient.

To find-out if this theory of blocking the protein actually worked or not, scientists introduced some tumor cells along side macrophages, an immune cell, into Petri dishes. In the absence of the blocking anti-body the tumors remained unharmed but as soon as the drug was introduced all types of tumor cells were engulfed and destroyed by macrophages instantly.

Although macrophages also attacked blood cells expressing CD47 when mice were given the antibody, the researchers found that the decrease in blood cells was short-lived; the animals turned up production of new blood cells to replace those they lost from the treatment.

Weissman’s team has received a $20 million grant from the California Institute for Regenerative Medicine to move the findings from mouse studies to human safety tests.

We have enough data already that I can say I’m confident that this will move to phase I human trials.