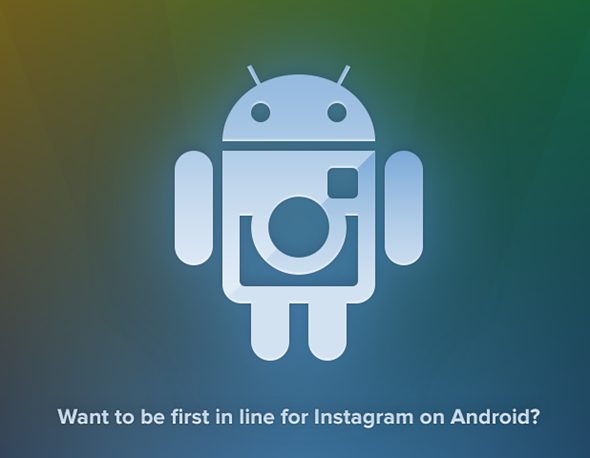 Recently we have seen many iOS applications getting heads turned by announcing a launch on Google’s omnipresent Android OS. And in accordance to our previous report, Instagram has joined the league by announcing that it will ‘soon’ be available in Android app market — now known as Google Play.

Considering the rapidly growing market share of Android with daily activations reaching several hundred thousand, Instagram was bound to come to Android , it was only a question of time. Now they have put up a registration page where users can enter their e-mail addresses to get one-step closer of actually using the app on their Android powered devices.

Although it serves as an enticement for users to be the ‘first in line’ to use the app when its actually released but its not clear if its a simple mailing list or some kind of early access is up for grabs.

Unfortunately, for Android fans we can not confirm a launch date for this amazing photo sharing app but you can signup here if you want to be notified as soon as it gets launched.

GizmoCrazed - December 3, 2011 2
iPhone 4S has been the most successful iPhone yet, with first day sales topping one millon and it being claimed as the best camera...

This Is How Cities Would Look at Night Without Lights