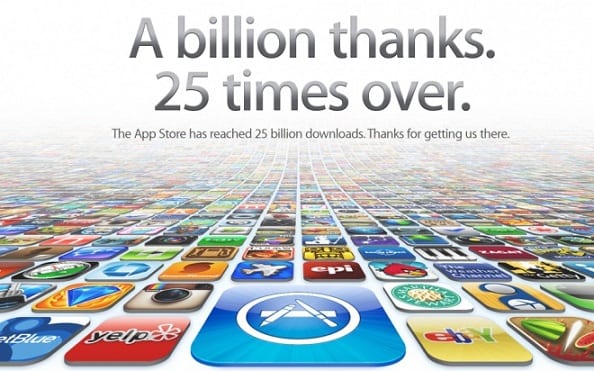 Apple’s app store has made history by reaching 25 Billion downloads mark at some point in the past few hours. And those of you who have ever downloaded an application have become a part of it too.

A few days back the company placed a tracker displaying the number of downloads on the site of its app store. A thank you gift in the form of $10,000 gift card was promised by Apple to the person who would download the 25 billionth app, same as it did with 1 billion and 10 billion downloads. Sadly there is no cash equivalent of the gift amount and I can’t stop wondering, what the winner would make of these $10,000 in terms of applications? 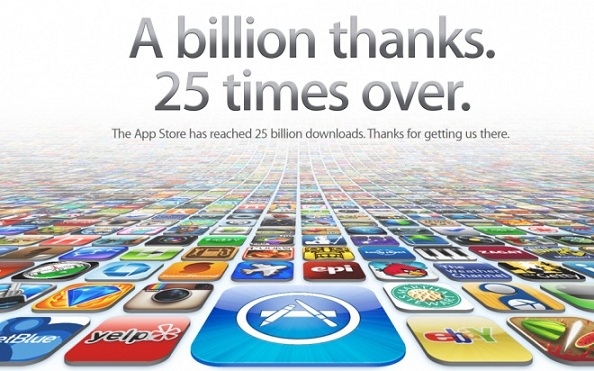 When the store was launched 3 years ago there was a lot of criticism regarding its business model but later on the idea was copied by many others and no one at that point would have thought that it would cross the 25 billion barrier so soon. With iPad 3 launching in the next week the pace of downloads would be increased manifolds once its finally there in the market and we can see this number reach 50 Billion downloads pretty soon.