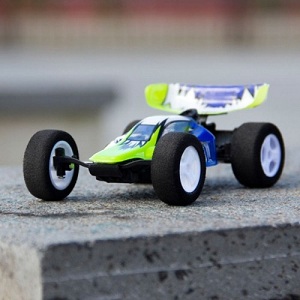 The idea of smartphones being boring and dull was shattered to pieces when Apple brought in their iPhone franchise. It has literally revolutionised the way these smart devices work and the thing every one loves the most is the fun and entertainment part that comes with every iPhone.

Over the years we have seen many toys being developed especially to be used with an iDevice including monster trucks, helicopters, cars etc. that take the smartphone experience up-to another whole new level. 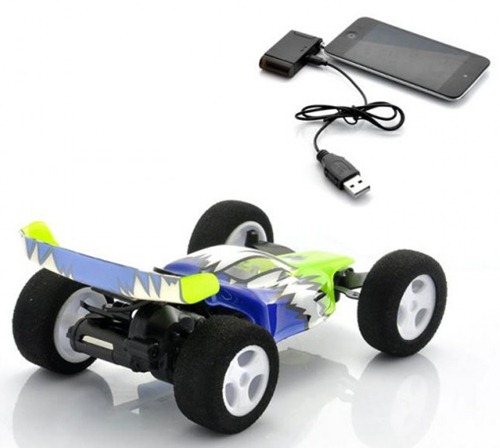 The iHelicopter people who manufacture the famous RC helicopter for iPhone have come up with a new RC toy to be used with iDevices called the iPhone Controlled Stunt Car Racer.

The embedded video shows this little stunt car in action which runs on a Lithium polymer battery unit capable of 100mAh. The small car with dimensions of 11.0 x 7.0 x 2.7 cm can run for 15 minutes per charge and each charge takes about 60 mins.

The funky little car is controlled through a dongle that attaches to the 3.55mm audio jack of any iDevice — allows the car to be used upto a total range of 20m. It’s manufacturers have thoughtfully added three different radio frequencies for controlling the car allowing three race cars to be raced simultaneously at one place.

The app that controls this car is available at the iTunes app store and is the same app used by the iHelicopter. Although we have seen it is quite difficult to handle iHelicopters or other such toys with an iPhone, the operation of this toy car seems pretty simple. The app provides a virtual joy stick to control the pace while left-right movement can  be achieved through the iPhone’s built-in accelerometer. 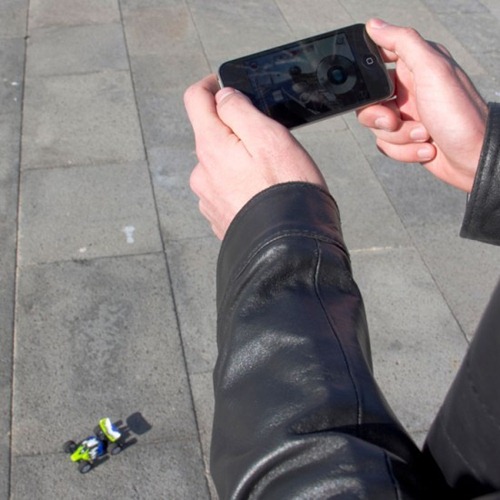 The transmitter dongle is also equipped with a battery and can run upto 60 mins per charge. Meanwhile, both the battery units in the car and transmitter can be charged through a USB cable. 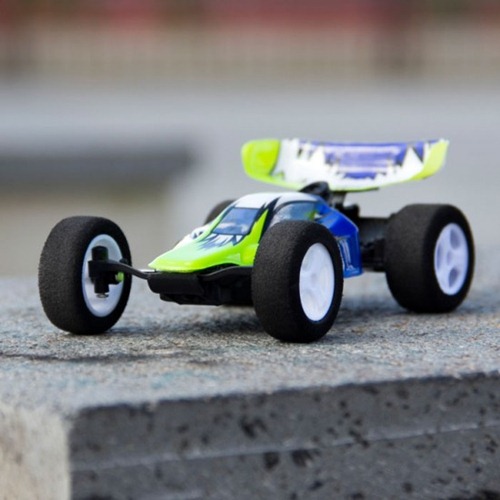 RC enthusiasts can purchase this toy for 49.99$ while the app is available for free. (iTunes Link)

GizmoCrazed - July 12, 2012 0
It's finally here! For those of you who loving checking Twitter from your iPhone, iPad, or iPod Touch have probably been using ,or at...

Women can ‘grow’ their own IVF embryos with in-body incubator