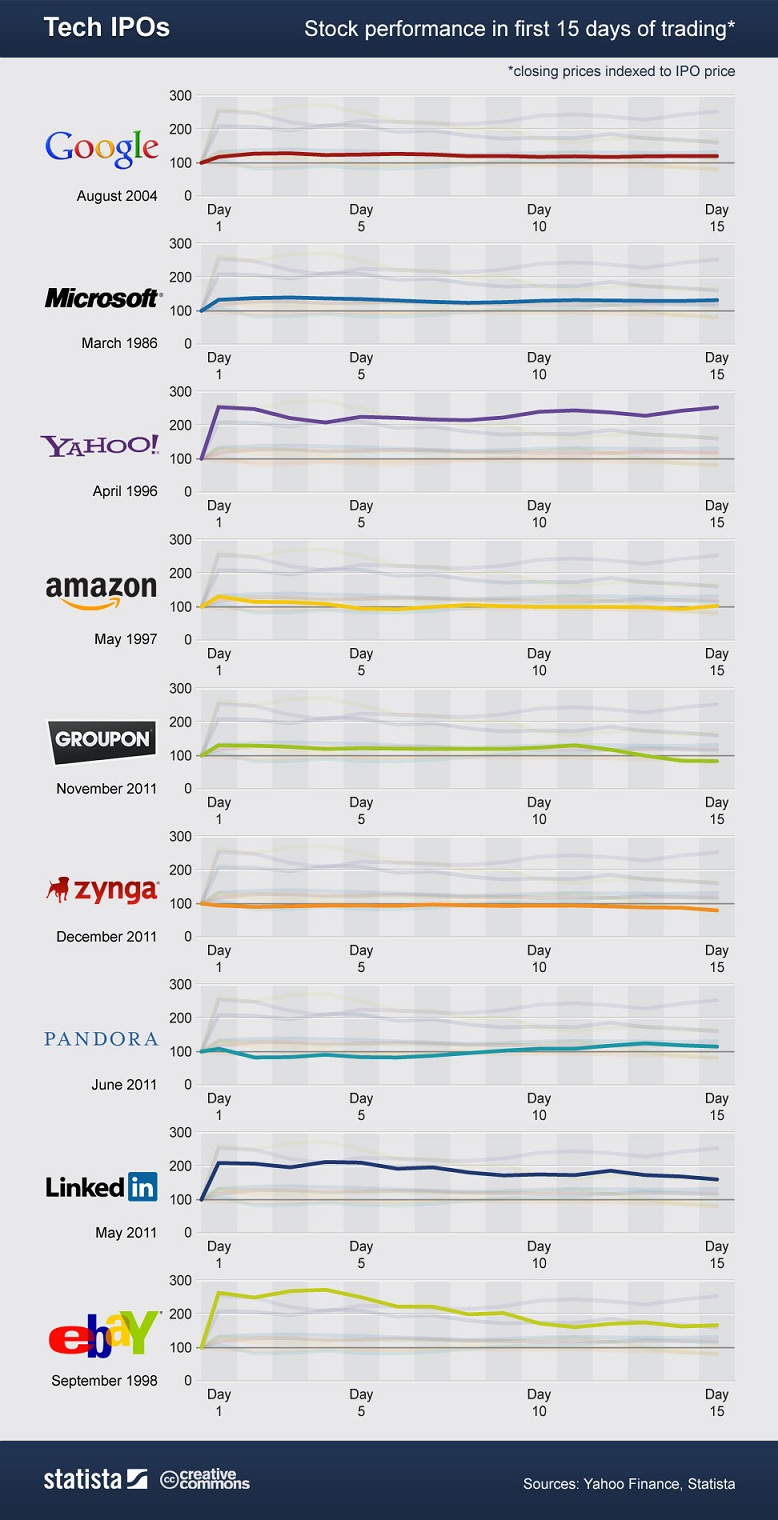 With the paperwork being filed by the social networking giant Facebook for the much anticipated IPO (Initial Public Offering), the whole world is glued to have a look at the company’s estimated value. With the approval from Securities Exchange Commission (SEC), trading of the shares of Facebook is likely to begin in the month of May.2012.

Of the estimated $100 billion, Facebook will be offering $5 billion into the stocks.

Considering the past performance of tech giants in the stock market, it is better to have a look at some statistics from the past. The primary part that is IPO always goes pretty well, but the burning question that remains unanswered is how valuable did these former tech scripts remain after the shares hit the market?

After hitting the secondary market, performance of the shares can be seen from the infographic below prepared by friends from Statista:

Within the first 15 days of trading, values of some of these stocks like Yahoo skyrocketed whilst some other scripts had a rockier start like eBay and some had a steady journey like Groupon.

The infographic presented below do not show the variation in actual price but exhibits as an index of 100.

GizmoCrazed - September 7, 2018 0
Marijuana may still be on shaky legal ground, but the therapeutic benefits of the psychoactive molecules — cannabinoids — inside the plant are solidly...

The iPad finally moves to USB-C