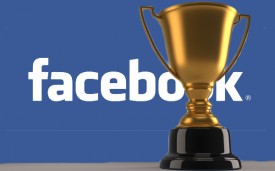 Social media giants Facebook has broken a Guinness World Record today surprisingly though it had nothing to do with the much speculated IPO (Initial Public Offering) the company.

The record was not broken by Facebook administrators but the feat was achieved by the fans of the popular Zynga game titled “FrontierVille“. As many as 1,001,600 comments were made on a single post. As a matter of fact, the group was created with a view to break Guinness World records and named as “Ffgpioneers/gwr/attempt”.

The sole aim behind creation of this group was to land into the pages of “The Guinness Book of World Records“.

A post from Facebook user Tracey Hodgson’s made on Oct. 30, 2011 received comments from mere 107 FrontierVille fans in the past 3 months which is twice the number of comments received by the previous record holder Roberto Esposito from Italy.

hi all!!! , hope everyone is ok today , this is ‘the one’, please talk about anything you like here, whatever you want to talk about, change topic whenever you like also, just have fun , . so how are you all today?( please someone speak quick or i’ll have no nails left!!!) 😉 x x x.” (Source: Facebook Post)

Tracey Hodgson Hodgson says, she indulged herself into the world of “FrontierVille” after her little daughter began to play addictive Facebook games using her Facebook account. The record was set with a view to show the world of the strength the FrontierVille community possesses and also to exhibit the passion they have for the game of FrontierVille.

According to Tracey Hodgson, there were 4 prominent commenters out of total 107 commenters whose untiring effort paved the way for breaking the record.

Reactions to this record have been mixed. Some opines, the whole saga has been a mere waste of time and some opined by breaking the record, power of online social community is proven again.

Make Folders Inside The Settings App Of Your iPhone With Preference...

GizmoCrazed - December 5, 2011 0
And Cydia has chucked out another useful little tweak for us. This time it is not for the home screen of your precious iPhone,...