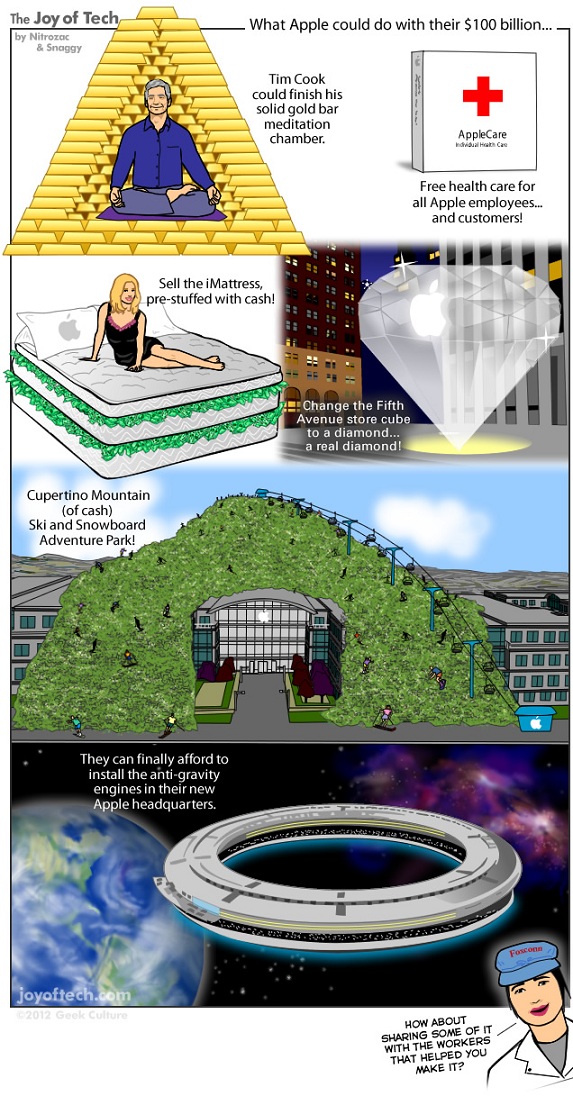 After the quarterly report of Apple’s sales figures was out, it was not hidden from anyone how rich Apple actually is. While it can do a lot of activities with its $100 billion cash hoard, here are a few suggestions that they may like to go with:

There’s so much cash in Apple’s bank account that it can afford to incur the expenses of a bunch of people to go on moon, build a luxurious 5-star hotel and enjoy there for a few years. Not bad, eh? Or else, if the company decides to close down and distribute all its revenue amongst the employees, each employee would get a staggering $6,622,516. That’s hardly any amount for a company that’s worth more than $400 billion.

Not to forget, the same amount could also be used to cover as much as 42% of the USA. $400 billion is approximately 207 times more than what an American makes annually. With Apple making approx. 3 times the profit that Walmart made if we compare their last three month’s sales figures, the cash reserve of Apple is more than enough to pay off the debt of 8 European countries.

What if you are given $100 billion? How would you decide to spend them?

There are three models of Samsung Galaxy S10 and a photo...

How Many G's Will the Hyperloop Pull in Its Next Test?