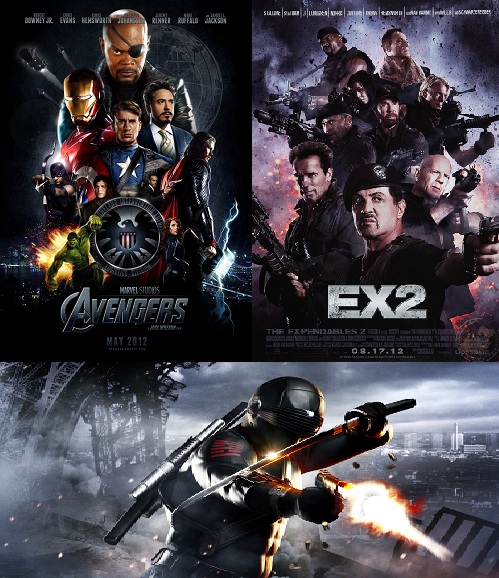 The success of technology based movies in the recent years has forced many directors and producers to invest more money and time in this genre. The year 2012 is very promising for the movie fraternity as lots of interesting movies are getting released this year. Technological movies are all about superb audio and visual effects. This article will give you a brief insight on Top 10 Most Anticipated Technological Movies that are going to be released in 2012.

If you are looking for an action based movie in which a female plays the lead role then you must watch this. Scheduled for its release in June 2012, it is already in the news.

Brave is about the life of princess Merida who revolts against the customs of her own kingdom and it leads to chaos. Now, Princess Merida has to depend upon her archery and other tactical skills to fight a beastly curse.

9. Snow White and the Huntsman

It is another popular fantasy adventure movie that is going to be released in mid 2012. This mega blockbuster has got a brilliant start cast that includes Charlize Theron, Thor and Kristen Stewart in lead roles. The plot of this movie is interesting; it shows a kingwood in which Queen Ravenna is jealous of her step daughter Snow White who is a contender to be the ruler of the kingdom. Things turn ugly, when huntsmen sent by Queen Ravenna team up with Snow White and fight back.

If you are big fan of super heroes, than this is the movie that you should wait for. It includes Captain America, Thor, Iron Man and Hulk who team up to fight a common enemy. The team of super heroes is helped by super humans, i.e., SHIELD.

Batman fans are ready for the last movie of the Batman series. This movie shows the fight between Batman and Bane. Watching the climax of the movie is going to be really exciting.

It is another sequel to Spider Man series. Loads of fun, action and excitement as our new Peter Parker tackle with personal problems and powerful enemies.

5. The Hobbit: An Unexpected Journey

It is pretty much a sequel to the Lord of the Rings. However, you will find some new and interesting characters in the film. It is scheduled for release in December 2012.

While exploring the origin of our planet, some explorers end up being in darkest corners of our universe. Now starts the fight to save mankind.

The “Men in Black” are back to fight against the evil aliens. This time they are sharper, smarter and aggressive. So are you ready for the action?

The great G.I Joe team is all ready to fight with Cobra Commander. With only Snake Eyes, Flint, Lady Jaye and Roadblock, they are going to have a tough time in defeating Cobras.

Expendable unite once again on behest of Mr. Church. However, things turn ugly when one of their men is brutally murdered on the job.

GizmoCrazed - December 17, 2017 0
Mathematics is full of weird number systems that most people have never heard of and would have trouble even conceptualizing. But rational numbers are...

The White House has significant concerns about artificial intelligence

HQ to trivia winners: No more minimum balance for cashing out