The never-ending war on Android has cost Apple more than $100 million, according to latest estimates. While a huge chunk of that money was spent (read wasted) in claims against HTC. 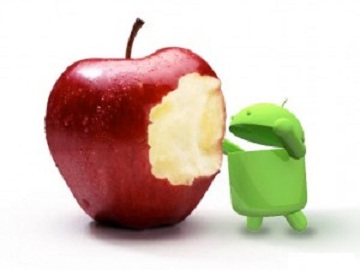 Newsweek reporter Dan Lyons mentioned these figures in a blog post. He said,

A person close to the situation tells me there’s a rumor going around among the lawyers that Apple spent $100 million just on its first set of claims against HTC. Who knows if it’s true, but if so, Apple didn’t get a lot for its money.

So far, 84 claims have been filed against different Android manufacturers (HTC, Samsung etc.) for patent infringments, out of which only 10 were proved to have been infringed and only one ruling has gone in Apple’s favour.

So Apple started out with 10 patents — presumably its best ones — and ended up with a tiny victory on just one. Was that worth $100 million?

Actually, most of the infringements were a small feature of the software such as tapping phone number in an email or webpage to call or send a text — that means the other party can simply resolve that by either removing the feature or implement it in a different way, and that’s exactly what HTC and Samsung did. 😉

Using its patents to keep competitors out of the market has proved to be a bad idea for Apple. What you think of this? Let us know in comments.