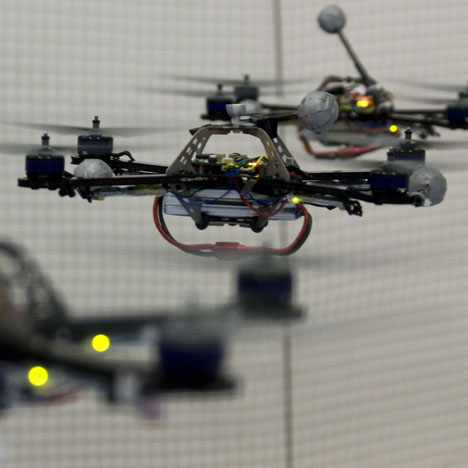 With automation being the hottest of the fields undergoing rapid advancements, the need for human labor is declining day by day. Automation has hit every industry and architecture is not an exception.

This interesting news article is not about cranes getting more advanced but something much more than that.

FRAC center in Orleans, France has witnessed two flying machine building up an architecture 3.6 meter wide and 6 meters tall, and that too all by themselves. The exhibition is still on till 19 of February next year.

Gramazio and Kohler are the two minds behind these mind boggling creatures able to contrast dynamic structures on their own. The two of them previously used an R-O-B, a robot which built a looping wall in New York and an award winning Structural Oscillation installation at 2008 Venice Architecture Biennale. 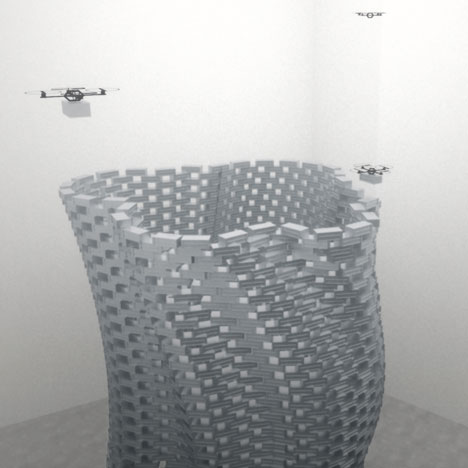 The pair started to working on a pioneering approach of forming dynamic materials and related machine behavior from early this year. They have now collaborated with Raffaello D’Andrea who designs ground breaking algorithms for autonomous systems. Together these three belonging from an amazing generation of architects aim at using full potential of design and fabrication for broadening the horizons of architectural engineering.

The team while aiming to innovate Flight Assembled Architectures, ventured to discover the possibilities of a revolutionary apparatus capable of assembling the building blocks. Their collaboration has revealed spatial and structural articulations based on the FAA’s.

Their installation, a 600m high architectural structure, explores and invites to visualize new ways of perceiving and then materializing the architectures as a physical process of dynamic formations. 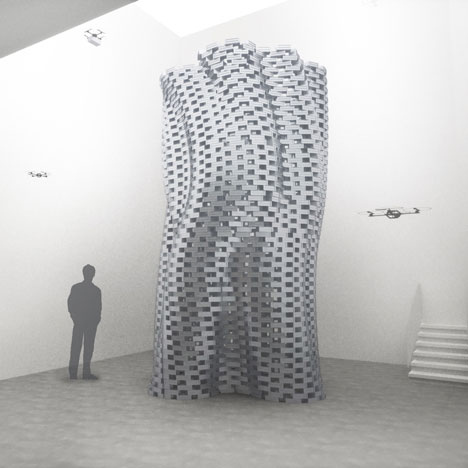 The team designed and then used a number of lookalike moving and flying machines which worked in parallel as scalable production means to erect dynamic structures. The flying objects are capable of interacting, lifting, transporting and then assembling small modules to build a structure which is an amalgamation of the architectural approach of Gramazio and Kohler while implementing the visionary autonomous systems designed by Raffaello D’Andrea. This development of theirs is an expression of powerful cutting edge innovation indeed.

FRAC has a collection of experimental architecture, which explains why they were interested in collaborating and initiating the team’s unique installation. Also to be mentioned here is that the project, which is exclusively being exhibited in Orleans, is the first ever collaboration of Gramazio & kohler and Raffaello D’Andrea, all hailing from Switzerland.

The initial phase of the exhibition was dedicated to the 3.5m wide and 6m tall assembly constructed by flying machines and all made up of Polystyrene foam modules. The next phase will be display of a complete mega structure built on the same lines and also a film featuring the airborne assembly and other features of exhibition.

GizmoCrazed - January 27, 2017 0
The big big bang happened 13.7 billion years ago and created all that we know and see today. Space is an amazing place. One can...

These Plants Can Quickly Filter Toxins From Water