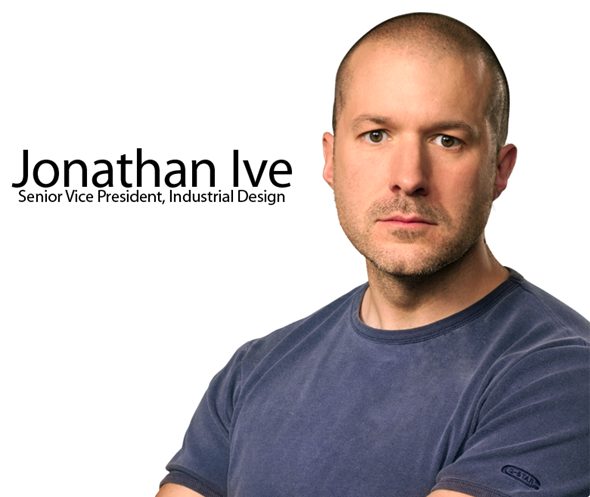 Know about the head designer of Apple? The one who led the design team at Apple and came up with the designs of the iMac, Powerbook G4, G4 Cube, MacBook, MacBook Pro, MacBook Air, iPod, iPhone and the iPad, and the one who has been left with the most power at Apple after Steve Jobs died? Well, that man Jonathan Ive got the biggest gift this holiday season, as the Queen of England awarded him Knighthood in New Years Honours List!

As the story of Ive (now Sir Jonathan Ive) with Apple goes, he joined Apple in 1992 before the return of Steve Jobs, who had been ousted in 1985, and since then has been the brains behind Apple’s products. He was frustrated at Apple and was planning to quit because of the lack of innovation, until Jobs made a dramatic return when Apple bought NeXT and Ive decided to stay.

From then, Jobs and Ive have combined their genius minds, to make some of the world’s most iconic and successful goods in the history of Apple.

Ive was born in February 1967, his father was a silversmith. And from his father, he inherited the love of making things. He started making things at the age of 14, and after graduation started to work as a commercial designer. Later on, with three of his friends, Ive founded a design agency called Tangerine.

Although his relation with Jobs was very strong, but he was a sensitive kind of man. Therefore, when Jobs took credit for something, that was made or proposed by Ive, he was “hurt” by it.

Ive said in the biography of Steve Jobs that,

He will go through a process of looking at my ideas and say, ‘That’s no good. That’s not very good. I like that one. And later I will be sitting in the audience and he will be talking about it as if it was his idea. I pay maniacal attention to where an idea comes from, and I even keep notebooks filled with my ideas. So it hurts when he takes credit for one of my designs.

But Jobs respected Ive more than any other man in Apple, he described his respect to Ive in his biography as,

He understands what we do at our core better than anyone. If I had a spiritual partner at Apple, it’s Jony. Jony and I think up most of the products together and then pull others in and say, “Hey, what do you think about this?”

If it was not for Ive and Steve Jobs, Apple would have been drowned in the 1990s.

Meanwhile, this is the second time Mr Ive has been recognised in the honour’s list. In 2005, he was made a Commander of the British Empire (CBE).