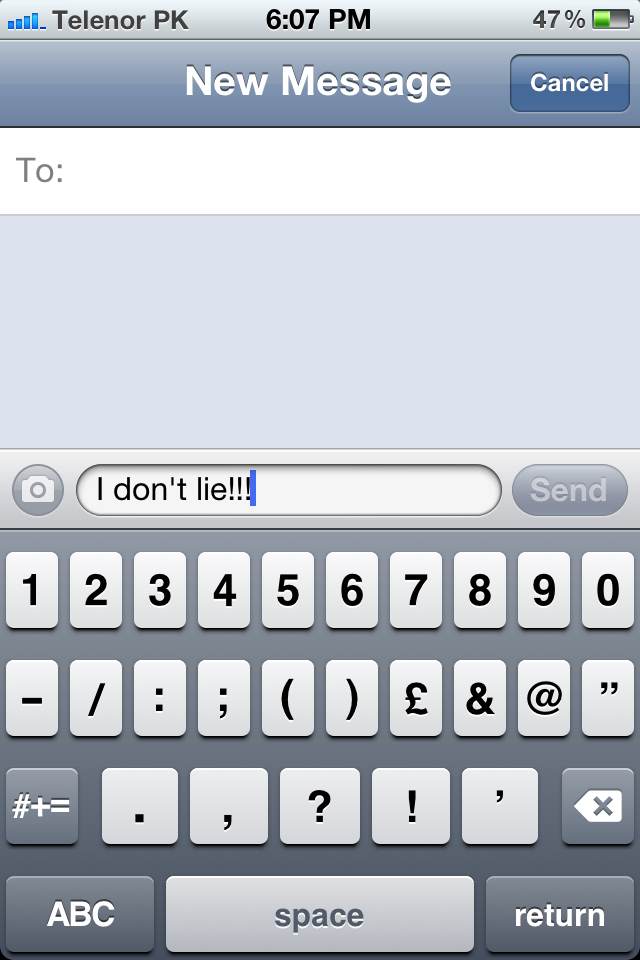 Mobiles are a more-than-usual thing now, with even an underage kid owning one. And whoever owns a mobile (even if not a smartphone), is aware of text messaging and probably uses it a lot. But, according to a new study, it is found out that people are more prone to lying when texting than they normally would face-to-face or in a video call.

Researchers at the University of British Columbia conducted a series of role playing communication scenarios through face-to-face, video, audio and texting, and found out some interesting facts about text messaging. Keep reading to find out more.

170 students participated in this research. Each student was given a role of broker” and “buyer”, with cash incentives involved during mock transactions. The broker students were then given knowledge that the stock was rigged to lose half its value, with buyers being informed after the fact. When the results were tallied, brokers were said to be 95% more likely to lie than if they had communicated through video, 31% more likely compared to face-to-face, and 18% more likely compared to audio chat.

Does it explains that lying is more easy on text messaging compared to face-to-face or video calling  as the other side can pick up the face expressions and movement of a lying person or there is some other reason behind this “lying behavior” when texting(as you may call)?

Leave your answer as to whether you also find yourself lying on text messaging more than some other means of communication or not!

GizmoCrazed - September 29, 2017 0
In recent years, Aston Martin has become the vehicle of choice for fictional secret agent James Bond. And now the British carmaker is taking...

Samsung Unveils The Galaxy S5 – The New King Of Android...

How Accurate Is Your Fitness Tracker?