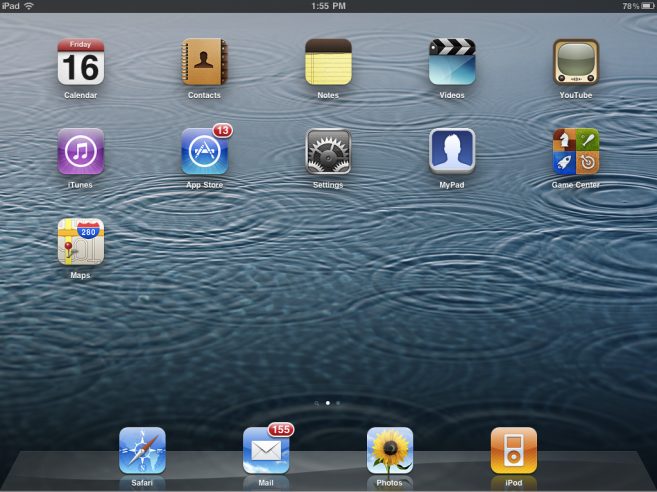 Apple is known to put a bunch of pretty lovely and brilliant wallpapers in their iOS for iPhone and iPad. The wallpapers in the iOS, are absolutely brilliant and are provided by folks at Apple themselves. But now, we are delighted to tell you, that people at 9to5mac were successful in grabbing the upcoming wallpapers for iOS 5.1 before its official release by Apple.

Here is what they report,

iOS 5.1 has a little gem for wallpaper fanatics like me: Apple will include four new wallpapers in the iPad version of iOS 5.1 (likely the release launching alongside the iPad 3 next year). The new wallpapers are water crashing onto a sand beach, grass blades, and two ocean wallpapers. These are reminiscent of some of the OS X Lion wallpapers, but scaled to the iPad’s screen size.

So what they have done is that they have shrunk the wallpapers they got hold of for the perfect size for iPad and iPhone and leaked them on their site.

Here are the download links for all those wallpapers,