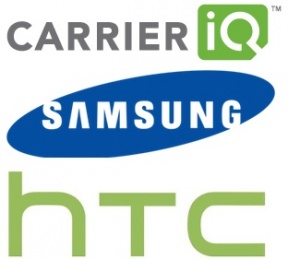 Carrier IQ has been everywhere. Every site we go to has a headline concerning Carrier IQ. It has been making our heads go round, to believe that all this time everything we have done on our smartphones has been tracked by this app.

Well now, the developers of this app as well as the manufacturers who put it in their devices are receiving the treatment they deserve for doing this as privacy can’t be compromised: Lawsuits are being filed against them.

For those who have missed it, Carrier IQ is a pre-installed application on Android, BlackBerry, Nokia phones and iPhone which tracks everything we do on our smartphones. It was undiscovered until a 25-year old Android Developer discovered it earlier this week, and also released an Android app for checking and removing it.

Sprint and AT&T have both admitted to using the application, and other carriers likely use similar services, but both carriers have denied taking advantage of the software’s ability to spy on customers. While Nokia is saying that they do not ship devices with Carrier IQ is installed in them.

Now lawsuits filed against Carrier IQ, Samsung and HTC are seeking hundreds of millions of dollars behalf of all U.S residents, and they are accusing all these three of violating the Federal Wiretap Act which “protects  the  privacy  of  wire,  oral,  and  electronic  communications” of all Americans.

A St. Louis lawsuit against HTC states the following:

Plaintiff, Erin Janek owns an HTC Android phone using the Sprint network. At all relevant times Plaintiff used her phone to electronically send over her cell phone network various types of private data. This data was not readily accessible to the general public. She did not know that Defendants were surreptitiously monitoring and collecting this data, nor did she give them permission to do so.

Although HTC and Carrier IQ have released statements trying to wriggle out of this issue, but still they have had no success.

Here is what HTC said,

(It is) not a customer or partner of Carrier IQ and does not receive data from the application, the company, or carriers that partner with Carrier IQ”

And here is what Carrier IQ said,

(It’s) software is designed to help mobile network providers diagnose critical issues that lead to problems such as dropped calls and battery drain.

If that is all and they have been using it only to, as they say “provide diagnose critical issues that lead to problems such as dropped calls and battery drain” then why did they not make it public that this software is present in smartphones and why is the Carrier IQ app not displayed in the running apps?

As we reported in out previous post, the U.S Senator Al Franken has sent a public letter to Carrier IQ to answer 11 questions and has given a deadline till 14th December.

Lets wait and see what happens as the date passes, as we don’t think they will be able to answer those 11 questions and if they do, they can’t wriggle out of all those lawsuits. Have that Carrier IQ! That is what you will get for tracking all of the stuff we do on our smartphones.

A Common Gum Infection Bacteria May Also be Causing Alzheimer’s

The Art of Cutting Feathers [Photos]

After Hurricane Maria, Could Puerto Rico Be at Risk of Cholera?