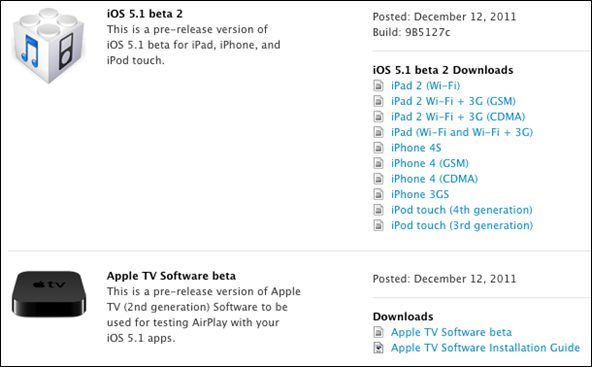 Apple has just seeded the second Beta of iOS 5.1 to developers. The iOS 5.1 Beta 2 brings promises of fixing the nagging battery issues with itself, which have been disturbing the iOS 5 users since its release back in October.

Alongside the fixing of battery problems, it also brings a new feature which will allow you to remove pictures from the iCloud’s photo stream.

The iOS 5.1 Beta 2 is only available for developers, so you must have a developer account to get it. It is available for iPhone 3GS, iPhone 4, iPhone 4S, iPod Touch and both iPad 1 and iPad 2.

Lets hope that iOS 5.1 will bring relief to the iOS 5 users who have been simply “frustrated” at the amount of battery it eats.