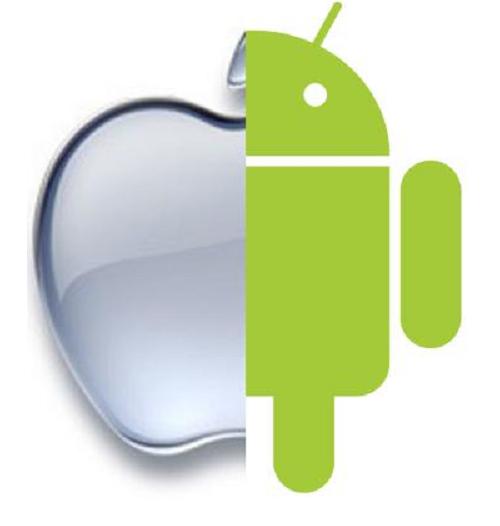 Apple has been on the war path these past months, attacking one Android manufacturer after another with lawsuits. It’s main aim being, as Steve Jobs said “(to)wage thermonuclear war” with Google Inc.

Although it won a few, but most of them are now pending and in others, Apple is facing loss. But still Apple is suing Android manufacturers, though an expert claims that Apple could start collecting $10 for every Android device sold if it simply dropped the numerous lawsuits it has pending against Android manufacturers. Keep on reading to find out how…

When courts side with Apple and impose bans on infringing products, competitors can often devise workarounds; in cases where Apple doesn’t win import restrictions, it would be better off striking settlements that ensure access to a competitor’s innovation

A scorched-earth strategy is bad news because it doesn’t optimize the value of their patents — because people will get around them. It’s like a dam. Using their patents to keep rivals out of the market is like putting rocks in a stream. The stream is going to find a way around. Wouldn’t it be better to direct where the water goes?

Apple could make $10 for every Android device sold if it dropped the numerous lawsuits against the Android manufacturer and instead license the functionality it has patents for, collecting up to $10 in fees for each use.

Steve Dowling, a spokesman for Cupertino, California-based Apple, declined to comment for this story. So should Apple continue to try to impose bans on its competitors, or should it act wise and make $10 For Every Android Device Sold?

We've come to a point where people are proposing with their...

8K TVs are here, and they're totally pointless