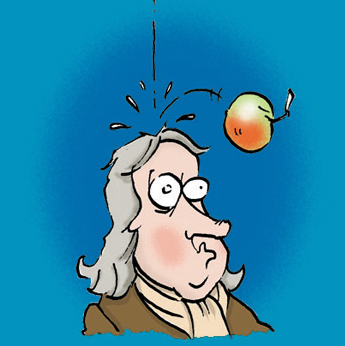 Myths and tales are found in every culture but the common thing all these cultures have is the scientific lies taught to their children at early ages. Whether it was the ignorance of primary school teachers or it was done to prompt us to question and not to accept easily whatever is taught, they all seem funny now. Some of the lies we all have grown up with are listed as follows.

10. Duck’s Quack does not Echo

When inquired about the inaudibility of ducks’ quack, I was told that unlike other sounds it does not echo and thus does not reach our ear drum for us to sense that. But science has now proven it otherwise. It’s not about the quake being special not to echo but our ears who cannot respond to the particular frequencies the sound has due to some external conditions. This fact was proved after performing series of experiments in which the duck was allowed to quack in a room specially designed to reflect sound waves. The echo was then heard which put to rest the myth about its uniqueness.

We have always been taught that each of is different and have distinctive behavioral patterns. But this isn’t true in its sense. Experiments have proven that we humans only differ in outlook, but if exposed to similar situations we will behave on similar patterns. The reactions and responses might be different for different age groups and professions but even then, they are groups after all. This myth is false and we only believed in it because we were taught so.

Teachers and parents both emphasize on the apparently “proper” intake of water which according to them is eight glasses and is quite necessary for life. But the truth is, to keep ourselves hydrated not only water but other liquids such as juices as well as fruits and vegetables play their part too. In fact it has been observed that people survived without in taking water for several months while using juices and other substitutes. So the next time your mommy compels you to drink water, show her the facts.

I still remember my science teacher; inspiring our awes and oo’s when she revealed the apparent fact about bat’s blindness, but alas, it wasn’t really true. The truth is that most of the scientist initially believed that the bats did not have eyes, since the primary sense they used to locate objects was bio sonar. Bio sonar is the ability by which bats produced sounds which echo back to tell them about the hindrances in their way and how far they may be. But bats do have eyes and that too can sight objects the same way as others, but they aren’t used as a primary sense.

The environmental societies with the mission of saving our habitat, reducing greenhouse effects always proclaim the production and consumption of carbon dioxide to be injurious. In the pollutants section of our science book, CO2 topped the list. But this isn’t true. In fact, the presence of carbon dioxide is inevitable for life. It is taken in by plants and without this one gas, our existence would be impossible. The main culprit is basically nitrogen which is a major component our atmosphere; approx. 80% of air is composed of nitrogen. If the ratio was 100% we won’t be able to breath. Though the toxic materials of industrial waste mixed with CO2 are liable for pollution.

This is the most common myth taught to children since early ages that we have five senses. Which means our brain can interpret five types of signals i.e. sight, smell, touch, sound and taste. But this myth has been busted by the discovery that our brain can actually sense 9 to 20 different types of signals: surprising isn’t it??

Scientist have expanded the theory to include that our bodies have some other senses as well such as sense of equilibrium and speed, nociception to feel pain, proprioception to sense positioning, thermoception for sensing temperature etc. the list also includes hunger, itching sense of time, sense of stomach need, nature call and a lot more.

4. Great Wall of China is visible from the moon

The rumor basically spread by Richard Halliburton and endorsed by teachers and syllabus setter. Literature has many instances mentioning the great wall being the only man made thing visible from the moon. There is no evidence found in observations made by Apollo astronauts, nor any account by the astronauts orbiting the earth. There are somehow, some images taken from upper space showing some thing of the “city lights” sort. The rumor has now been busted by Jay Apt.

3. Black holes suck all the matter in environs

We have been told about the existence of a mysterious black hole in space which sucks in itself everything around it. But as the discoveries say, the hole does not necessarily suck in everything. The stars which collapsed in the black hole owe it to some exclusive processes. Its mass and gravitational pull is quite low to attract objects to itself. Rather, misconceptions are caused due to the stronger gravitational forces on its outer surface only.

2. Seasons are caused by varying distance of sun from the Earth

Here again, the reasons provided to us for having four seasons was the distance between earth and the sun. The part of earth experiencing summer is supposed to be closer to sun, but it has been proved otherwise. Seasons are due to angle of earth on its own axis, it is due to this reason that many cities experience summer even when distance between sun and the earth is elongated.

Most radiations are received by the earth when it is perpendicular to sun, i.e. at an angle of 90 degrees on its axis. It is this angle which is responsible of variations in seasons.

1. Law of Gravity was Discovered because of an Apple.

From Eve’s mistake to the proposition of law of gravity; Apple enjoys exalted position among all other fruits. But the real story of Isaac newton founding the law of gravity has nothing to do with the fruit.

In fact the story was tailored long after the discovery of law of gravity. Newton never mentioned the incident anywhere himself. So for now this tale is regarded as the biggest lie told to us in school.