Fool proof security is a paradox where ever or whatever this phrase is used for and same goes for smartphones.

Since the very introduction iPhone the mobile consumers are constantly switching from their basic mobile phones to smartphones. With these graphs growing higher and higher and hacking instances are also increasing with the same trend which poses a great threat to the mobile users’ privacy. 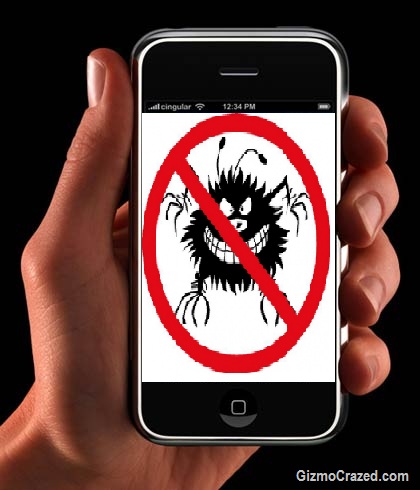 None of the mobile OS developer companies can assure 100% immunity from such malicious practices. Security solution providers believe that no matter how strict approval system is deployed on their Application marketplace, Apple’s devices are still susceptible to malware attacks.

As more and more companies will be making their products and services available via mobiles, this sector will be facing more security hazards. With each new service, the intuitive minds of hacker will perceive a new idea of breaking into the forbidden walls. Observing and predicting this phenomenon, a famous cryptographer and security researcher, Bruce Schneier wrote the following lines:

Google’s Android has been the most favorite choice of the hackers with an easy provision to submit apps (one only has to have a developer’s account and a license to publish apps). Since July 2011, it has faced the biggest rise in mobile malware instances, an increase of 472% in potentially insecure and malicious samples.

But even having a strict submission policy cannot assure complete immunity to such instances and Bruce agrees.

I don’t believe the iPhone will be more secure because of Apple’s rigid policies for the app store.

Hackers can only be sustained inside the eco system of App Store by keeping a strict policy as done by Apple. Directing energies towards to stop them from interacting to these apps from the outside is fruit less. Even then, application platform providers should at least make it hard for the malware distributors to get to their private data.

Google finance head joins Postmates board ahead of anticipated IPO

GizmoCrazed - June 29, 2019 0
Google’s vice president of finance, has joined Postmates’ board of directors, the latest sign that the on-demand food delivery startup is prepping to take...

Big Tech Isn’t the Problem With Homelessness. It’s All of Us