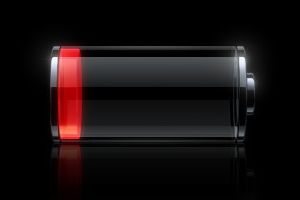 If you are still having battery issues on your iPhone 4S, here is some good news for you.

As we know that the battery problem is not hardware but a software issue, it is very much solvable.

Macerkopf, a German Apple news site, reports that Apple is working on a new software update (iOS 5.0.2) to solve the ailing battery problem and the update will be released sometime in the upcoming week.

Folks from Macerkopf have also talked to an engineer from Apple who is currently working on the new iOS update. He said that they have managed to eliminate all the bugs which were causing battery drain on the iPhone 4S, but the company now expects battery life of iPhone 4S to be a minimum of 10 hours on normal use and 40 hours on standby.

A problem solver iOS 5.0.2 will surely please many customers currently agonized by the battery problem.

Meanwhile, the engineer also mentioned that iOS 5.1 will bring new capabilities to SIRI such as capturing photos, making videos and switching WiFi/Bluetooth on and off.

Lets see what Apple has in store for us. Stay tuned to GizmoCrazed for more.

The Physics of the 69-Degree Intersection That Kills Cyclists in the...