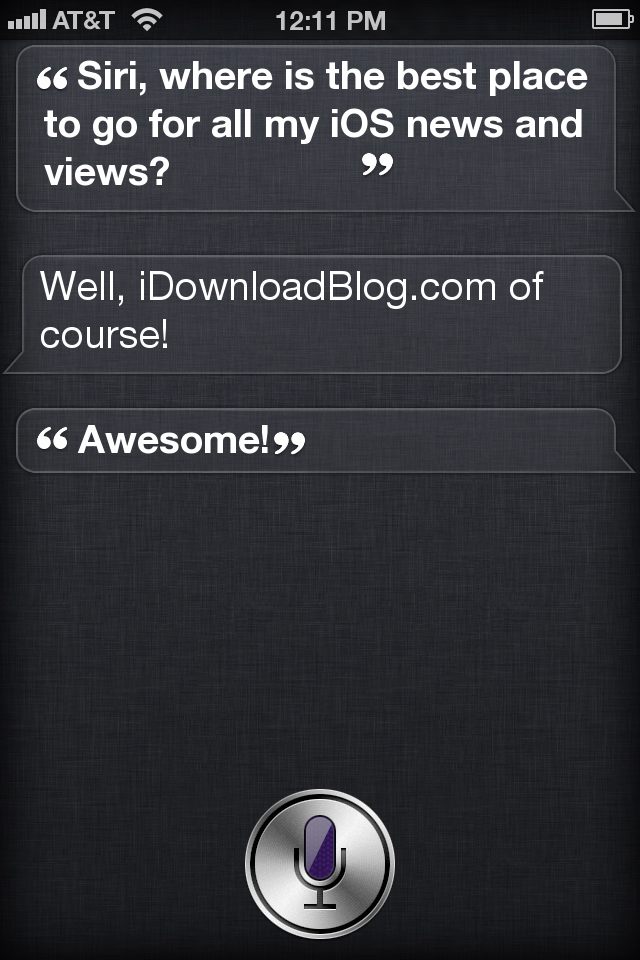 Siri has easily been the hottest and most discussed topic in tech blogs these days. Siri, the intelligent Artificial Intelligence assistant introduced by Apple in the beginning of October, has bagged all attention from the tech blogs towards itself. Currently, a trend of faking Siri conversations has started. Lots of bloggers are doing this to attract attention towards themselves and their blogs. Though faking Siri conversations can also be done with photoshop or some other picture editor, but why not do it easily with a specific web-based-application designed for this purpose? Well, that is where iFakeSiri comes in. This cool web app simply allows you to enter whatever you want and produces a completely fake conversation with Siri using a pretty simple interface. Another great thing it does is that it also allows you to choose the carrier you want to display in the screenshot.

Although it is limited to Sprint, AT&T and Verizon, the list of carriers will soon be extended to also include other international carriers.

Want to fool your friends or make them jealous if you own an iPhone 4S? Just go to the ifakesiri site and type in whatever you like to say to Siri, making Siri answer whatever you want it to. Just make sure that none of your friends know anything about this web app.