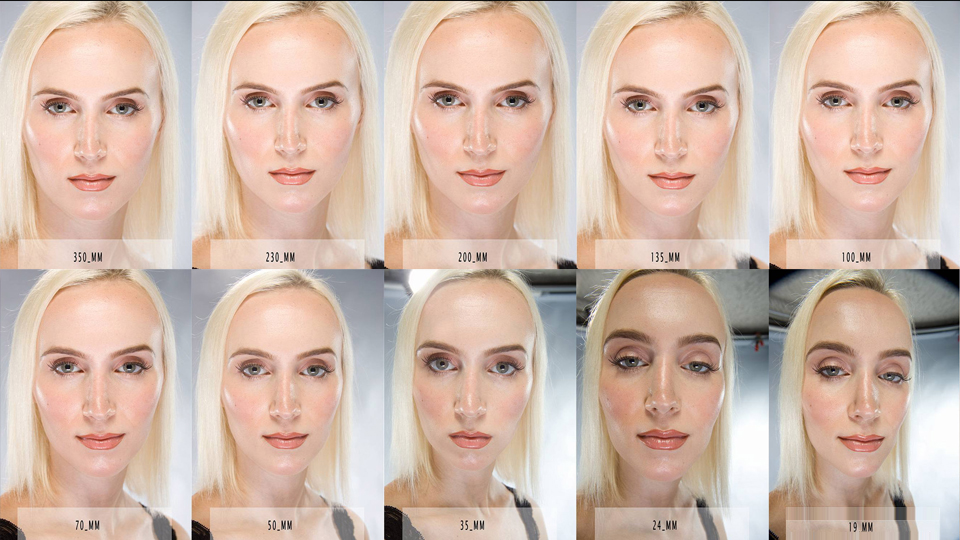 Everybody faces this problem; looking good in one picture while looking ugly in a picture taken from a different angle. Well, if you have faced this, Stephen Eastwood explains the magic of the camera lens that can make one picture the best and the other worst.

This phenomenon probably happens mostly on social networking or some dating websites. The person looks great in the pictures on his/her profile but when you look that person in-person you say …………! (Enough said)

The problem occurs mainly due to lens distortion. Lenses, no matter how advanced they are, are not like our eyes. They bend light rays and capture a two dimensional picture in a limited field. The picture then distort itself depending on the focal length of the lens, due to which its content gets affected and hence some faces also become uglier or more beautiful.

You can clearly see in the above photographs, how the field of view increases inversely by decreasing focal length of the lens used. (The portraits above are pictures of the same subject in one position.)

As you can see with the 19mm lens, the picture is the most distorted and as the focal lens goes up distortion becomes lesser. The distortion in some cases acts in the favour of the subject and in some cases, it’s completely the opposite.

Larger lens also provide some distortion to the image and the face of the subject actually becomes somewhat flatter and wider than usual.

To get the best results you have to have the suited anatomy. That is why we call some people ‘photogenic’ as their pictures are always great and suit most camera lenses.

If you are a professional or an occasional photographer, you can easily spot these distortions while taking pictures. Anyway, I believe that “Beauty is in the eye of the beholder”. 😉

Human Heartbeat Could Be Used To Charge Electronic Devices Such As...

GizmoCrazed - April 3, 2011 2
Scientists are hoping that human heartbeat could be used to charge electronics which don't require batteries such as an iPod. This comes after the...

Far Out! Worms May Dose Mice With Cannabinoids to Kill the...