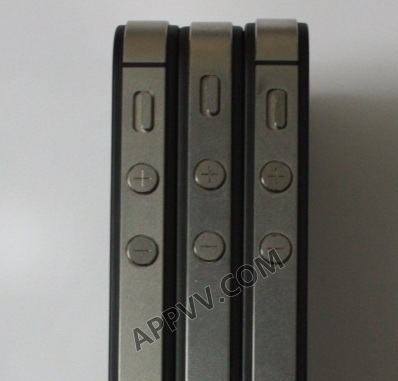 Many people had to face disappointment when Apple did not release the iPhone 5 and instead launched an internally modified iPhone 4 named iPhone 4S.

According to Apple, the new smartphone is almost the same in size and design, but is it really? People who thought that they will use their iPhone 4 cases for 4S are going to be disappointed after reading this post.

iPhone 4S is actually different from its predecessor not only internally but also externally to some extent. The point of difference is actually the placement of the hold button and the volume rockers.

The image above shows that the 4S is actually similar to the CDMA iPhone 4. After the release of the CDMA phone, most case manufacturers are making cases with wider gaps for the side buttons. So people who had the CDMA version of the iPhone 4S don’t have to worry about this case issue.

While reading this article will obviously get confused whether they should get new (specially designed for 4S) cases or will the old ones designed for iPhone 4 fit perfectly. All this confusion is just going to end on Friday when the iPhone 4S will be released, but we expect quite a few iPhone owners finding their existing cases just won’t fit.

People who do not use cases on the other hand do not have to worry a little bit. I personally believe that putting some un-necessary protection around your iPhone just ruins its over-all look.