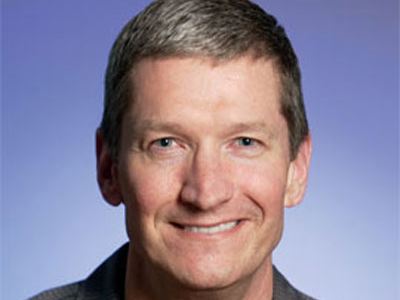 Before leaving Apple, Steve Jobs chose his successor who would replace him as the new CEO of Apple and he chose Timothy D. Cook better known as Tim Cook. Everybody wants to know about Tim Cook. Therefore, here are some great facts about the life and experiences of the new CEO of Apple that you might not know.

Tim cook certainly likes his privacy very much. He is not a very outgoing person like Steve Jobs. He is soft and has a very mild personality. He does not like to catch the attention of the glamorous media and keeps his life and his work mostly to himself and that goes for his attitude towards his colleagues as well.

Tim Cook is not only enthusiastic about his work but he is also an admirer of different sports. His greatest love is for Auburn Football. This tells us that even though he has been working at higher positions but still he is an ordinary person who loves ordinary things.

Most people start their day with a nice walk or some kid of exercise but not Tim Cook. Rather he sends e-mails that need to be sent early in the morning and we are talking about 4:30 am in the morning. Maybe that is how he finds his perfect start for a perfect day.

Well he does not do any type of exercise in the morning but that does not mean that he does not exercise at all. In his busy schedule, he still finds time to go to the gym. He is also actively involved in hiking and biking, which he does to energize his mind and body.

6. Has worked as the CEO a Couple of Times

This will not be the first time that Tim Cook is going to play the role of a CEO at Apple. Steve Jobs appointed Tim Cook as a temporary CEO when he took medical leave early this year. Tim Cook successfully played his role in Steve Jobs’ absence and he will probably do the same this time but not temporarily but permanently.

5. Worked at IBM and Compaq

Tim Cook also has experience of working for different technology companies, including IBM and Compaq.

Cook is an Industrial Engineer from Auburn University. He passed out in 1982. Later he did his MBA from Duke University’s Fugua School of Business.

Tim Cook was born in Roberstdale, Alabama. He was raised by a not too well off family. His father was a worker at the Shipyard and his mother was a homemaker.

Hardworking is one quality of Tim Cook that Steve Jobs admired very much. Maybe his natural heritage has played some role in his hard working attitude. He is considered as the biggest contributor alongside Steve Jobs, in the many successes that Apple has had over the years.

His experience at Apple alongside Jobs has gone over 13 years. Many people have welcomed Tim Cook as the new head of the company and they believe that he has the ability to take the company even further in the future.

GizmoCrazed - October 16, 2012 2
It seems like it's going to be another great month for reveals in the tech world as another invite from Apple goes out. The...

I Believe in Intelligent Design … for Robots