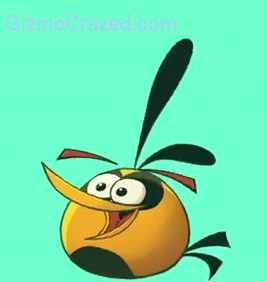 Angry Birds game developer Rovio has introduced a new ‘angry bird’ which is a part of the Halloween edition of the game called “Ham’o’Ween.”

The newly introduced orange bird doesn’t have a name yet, but has the ability to expand itself many times its size. Check out the video below to find out more.

It was a dark and stormy night… but that won’t stop the Angry Birds! Pursue the pigs through 30 levels filled with pumpkin patches, exploding jack-o-lanterns, and creepy skeletons, lit by a full moon and eerie lantern light. You’ll get some unexpected help from a BRAND NEW BIRD – he starts out small, but don’t let his looks fool you! Complete all the levels to find some special tricks and treats!

This year’s Halloween episode marks a year of great Angry Birds Seasons episodes, but we’re not done yet! Download now to get access to 205 great levels!