Oil and water are worst of foes when it comes to dissolution. Strange enough is the fact that all the theories proposed by chemist so far provide no excuse for them not mixing into each other. We, even in our high school science, have studied that the all-powerful van der Waal forces never failed to create a bond between the molecules of different compounds, then how come water and oil not attract each other.

The confusion has now been addressed by a team of Chemical engineers at the University of California, Santa Barbara. After a series of experimentation and observation, they have devised an equation explaining the fear such organic molecules have for water. It is the very first equation of its kind. 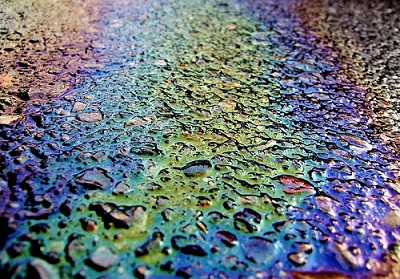 Repulsion among fat compounds and polar molecules such as water is the basic underlying phenomena of living organisms. From the folding of proteins, to the structure of biological membranes and even the science of viruses breaking into our cells is governed by these hydrophobic interactions.

As put by Jacob Israelachvili, this development has culminated decades old research as he himself has been researching in this field for more than thirty years now. He is also of the opinion that the molecular and surface forces among water and organic substances dissolved in it could now be quantified and predicted by using this equation as a tool.

In addition to the very popular van der Waals theory being on the opposite side, the greater challenge faced by the equation designers was to gather empirical data by experimentation. They used light-sensitive soap like compound called surfactant. This selection provided the scientist with the benefit of being able to measure its interaction with water molecules when it was floated in it while blasted with light. Moreover, for measuring surficial forces, team had to refine the instrument which was in use for this purpose for half a century.

The development not only impacts many industrial products such as detergents etc. but is of great importance for biomedicine. Biomedical researchers agree that the design will help in understanding the way cell membrane enables commination and transportation of viruses and bacteria with the cell itself. It will expand their knowledge about function and structure of cell membrane as well as microbial infection pathways.

The search for a mathematical model for explaining these hydrophobic forces have been pinching the scientists and researchers for a long time. It was worrisome for them as how they could explain how all the interactions worked but did not have an equation to explain their magnitude.

This equation now satisfies their thirst and is worth the labor of three decades.

Top 10 Most Iconic Moments From Steve Jobs’ Career At Apple