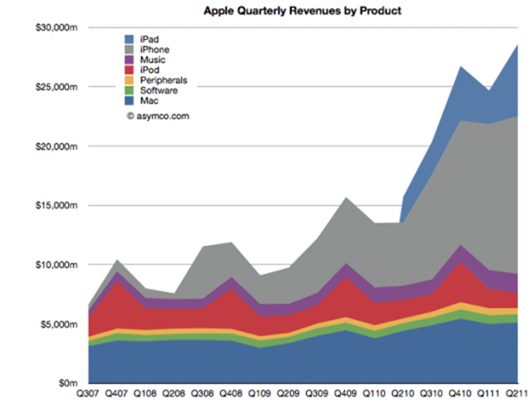 A report published today says that Apple’s iPhone, iPod Touch, and iPad make more money than all Microsoft’s products put together in sales.

The report comes from Asymco that compares the sales of Apple and Microsoft and reached the conclusion that Apple iDevices make more revenue than Microsoft does with all its products.

According to the report:

iOS powered devices generate more revenue than all of Microsoft’s products put together. 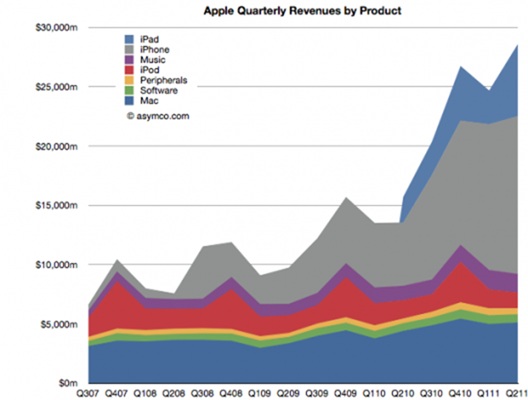 For those who think that this rise might be because of the high prices that Apple sells their products at, well, you are wrong. This is because Apple has its own chain of stores which only displays and sells Apple products. In addition to that, Apple’s products runs on operating system, which is also developed by the parent company. Whereas, Microsoft only makes revenue through the operating system it sells to different companies.

Nevertheless, Microsofts products such as Windows, Office, Xbox and Hotmail make a lot of revenue but they are still way behind Apple’s range of mobile devices and related products such as the iPad as well as softwares like iTunes.

Apple’s popularity has skyrocketed since the release of the iPhone and iPad series. With its wide array of products, the company has been the King in portable media devices, smartphones and tablet market. And most importantly they have not stopped yet — there are definitely more ideas to come from innovative minds at Apple.