Twitter has just announced that it will be rolling out user galleries for tweeted images, starting from Monday. Galleries will show the 100 most recent images tweeted or shared using all the major services supported by Twitter such as yFrog, TwitPic and Instagram  — after January 1, 2010. However, galleries themselves will only be available from Twitter’s website. 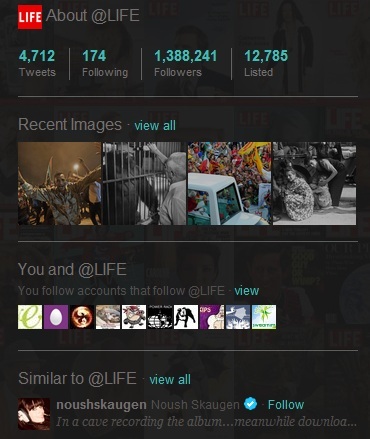 So your profile page will now include thumbnails of four recent tweeted photos in the right sidebar. You can click “View All” button to see images as well as the text of the tweet that was shared along with it.

This feature certainly proves the fact that Twitter is no longer a place for just 140 characters, but it is for sharing photos as well. The update is likely to attract more users to www.Twitter.com (to share photos), rather than third party clients, which could well be the key to its future endeavours.

GizmoCrazed - March 31, 2016 0
A group of scientists in Europe want to know if electronically enhanced humans have an unfair advantage over regular people - beyond night...