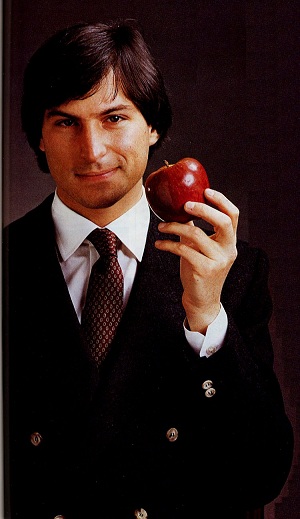 Steve Jobs, the creator of Apple, died today at the age of 56. He founded Apple Inc. in 1976 along with Steve Wozniak, and has been with the company since then through thick and think.

We have compiled a list of Top 10 Most Iconic Moments From Steve Jobs’ Career to pay tribute to an “Industry icon”. Take a look!

Macintosh is a series of several lines of personal computers designed, developed, and marketed by Apple. The first Macintosh was introduced on January 24, 1984; it was the first commercially successful personal computer to feature a mouse and a graphical user interface rather than a command-line interface.

The famous “1984” Macintosh commercial by Apple was one of the first ever ad created for any technology product and left a strong impact commercialization.

“1984” used the unnamed heroine to represent the coming of the Macintosh as a means of saving humanity from “conformity”.

Apple partnered with Microsoft to provide software for Macintosh computers in 1997 at Macworld Boston, which later turned out to be a very intelligent decision.

6. The Debut of the iPod

iPod is a line of portable media players created and marketed by Apple and designed by Jonathan Ive announced on October 23, 2001, and released on November 10, 2001. Jobs announced it as a Mac-compatible product with a 5 GB hard drive that put “1,000 songs in your pocket.”

Motorola Rokr was developed on Apple-licensed technology to play back music purchased from the iTunes Music Store. It featured a music player with an interface similar to that of Apple’s iPod.

Steve Jobs delivered his commencement speech to the graduates of Stanford University in 2005. He talked about getting fired from Apple in 1985, life & death. Very Inspirational Indeed!

2. Steve Jobs and Bill Gates Together

In their rare joint appearance at All Things Digital 5, Steve Jobs and Bill Gates discuss their contributions to the technology industry, the qualities they most respect in one another.

GizmoCrazed - November 29, 2016 0
The biggest ever trial of a new vaccine hailed as a potential "Final nail in the coffin" of HIV has begun in South Africa. In...