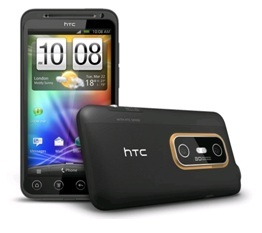 Speculation is rife that a new range of HTC phones and HTC accessories is set to be unveiled in England this Thursday.

A meet-and-greet event has been pencilled in to take place in London on September 1st between 6.30pm and 11pm UK time, fuelling rumours that it’ll coincide with a major product launch.

It’s been a while since we last met, so we thought that we’d invite you to come party – and most importantly see what’s next. There will be the usual food, drinks, music and a few phone treats for you to enjoy. It would be great to see you.

While HTC appear to be giving little away as yet to what exactly they mean by “what’s next”, people are already drawing comparison between a similar event that was staged when the HTC Sensation was released.

The timing of the upcoming event is also significant as IFA 2011, which is the world’s largest trade show for consumer electronics and home appliances, gets under way on the following day in Berlin.

It remains to be seen whether it’s just a coincidence that new pictures of the HTC Bliss have emerged of late. The HTC Bliss is just one of the many products rumoured to be possibly launched in London and is being billed as a female-friendly smartphone.

The HTC Puccini, a 10-inch tablet with a dual-core processor, is another as-yet unreleased product constantly hitting the headlines as more sneak-preview images are leaked online.

Will it be the Puccini that gets its moment in the spotlight next week? Or the Bliss? Or will it be the HTC Amaze 4G? Or all three? Or none of the above?

Over 1,400 Facebook users have signalled an intention to attend the event and from now until then the HTC rumour mill is likely to be working overtime.

Instagram is back up, after a few hours of giving our...

Twitter CEO responds to mountains of criticism from The New York...

Take a Tour Inside Human Heart With This Awesome Video