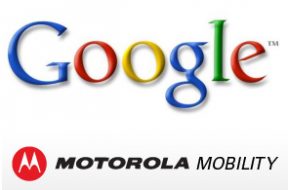 Google Inc. has just announced that it will be acquiring Motorola Mobility for a staggering $12.5 billion. The announcement does come as a surprise, since buying a hardware company is an unusual move for Google.

In a blog post, CEO Larry Page writes that the acquisition will enable the company to supercharge the Android ecosystem. It is a move that will enhance competition, help in bringing a better user experience and more value to shareholders. He also mentioned the recent patent wars that Google believes to be anti-competitive.

Given Android’s phenomenal success, we are always looking for new ways to supercharge the Android ecosystem. That is why I am so excited today to announce that we have agreed to acquire Motorola.

Our acquisition of Motorola will increase competition by strengthening Google’s patent portfolio, which will enable us to better protect Android from anti-competitive threats from Microsoft, Apple and other companies.

The combination of Google and Motorola will not only supercharge Android, but will also enhance competition and offer consumers accelerating innovation, greater choice, and wonderful user experiences. I am confident that these great experiences will create huge value for shareholders.

The U.S. Department of Justice had to intervene in the results of one recent patent auction to ‘protect competition and innovation in the open source software community’ and it is currently looking into the results of the Nortel auction.

Motorola is one of the leading Android handset manufacturers with its DROID smartphone series and acquiring it means, that Google can now directly influence just how Motorola’s Android handsets come out, which will allow it to directly compete with Apple on the basis of “put your software on your own hardware” policy.

It is also a move to secure Android from its rivals, as Motorola holds approximately 14,600 granted patents and 6,700 pending patent applications worldwide — that now belongs to Google. Meanwhile, Motorola will continue to run as a separate business.

Smart move by Google? Huh? Let us know in comments.

There will be a plug-in Hybrid Jeep Wrangler in 2020

Tronc starts its new digital strategy with a majority stake in...