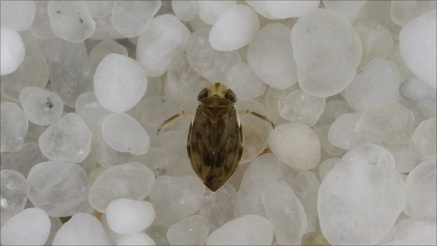 Scientists have always wanted to know the exact number of species that live on earth. They have always made wild estimates about the actual figure which according to them ranges between 3 million to 100 million. Scientists say that most of the species have always benefited mankind, since they help in making medicines to clean water and air. Hence discovering more species will also help in helping the people living in the world.

Another reason why scientists want to speed up the process of finding new species might also be because of the fact that many species are also facing extinction and according to United Nations authorities animals are vanishing at a speed equal to the rate of dinosaur extinction some 65 million years ago.

Camilo Mora of the University of Hawaii and Dalhousie University in Halifax, Canada who also led this study says:

I believe speeding the process of filling the inventory of Earth’s species merits high scientific and societal priority.

Mora and his team studied the existing species and their classification data (commonly known as taxonomy) and found that popular and well studied species relating to different phylum, class, order, family and genus follow consistent and logical pattern. When they applied the pattern to less-studied and less popular groups, they were able to find an estimated number of species. The results were staggering — there are about 6.5 million species on land and about 2.2 million species in the ocean(with an error margin of 1.3 million).

Hence, the results shows that about 86 percent of existing species on land and about 91 percent of species under water have yet to be discovered and detailed.

According to Robert May, a professor of the Zoology Department at Oxford University, increasing pollution, land clearing and climate changes are the main factors that are affecting the extensive rate of extinction. Knowing how many species inhabit Earth is among the most fundamental questions in science, but it cannot tell you to within an order-of-magnitude how many distinct species of plants and animals we share our world with. Therefore, the answer to this question remains enigmatic.

GizmoCrazed - February 15, 2019 0
Lime, similar to its competitors Spin and JUMP, just got word that while its appeal to operate electric scooters in phase one of San...

How to Hoist Yourself Out of a Hole With Physics