Some more iPhone 5 rumours folks!! According to a report by The Wall Street Journal, The next generation iPhone will be launched sometime in the 3rd quarter and 25 million units are expected to be shipped by the end of 2011.

Apple’s sales estimates of the new iPhone is quite aggressive. It told us to prepare to help the company meet its goal of 25 million units by the end of the year.

The initial production volume will be a few million units… we were told to ship the components to assembler Hon Hai in August. 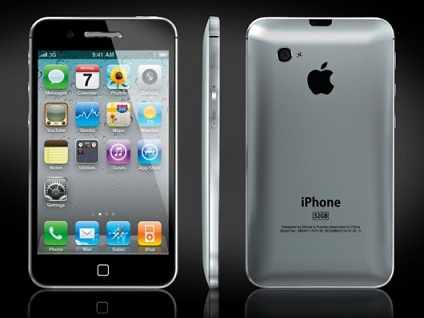 According to some suppliers in Taiwan, Apple has placed order with them for some of the iPhone 5’s key components. Another person reported the next generation will operate on Qualcomm Inc.’s wireless baseband chips.

As rumoured, the new iPhone will include an 8-megapixel camera and will be thinner and lighter than the iPhone 4.

The touch-screen devices are so thin. It’s really difficult to install so many components into the iPhones and iPads. We hope to raise the yield rate and volume in the second half which will help improve our gross margin.

Spokesperson from Apple have declined to comment on these reports. But it gives a strong indication that the previously circulated rumours could well be true.

Whether they are true or not, we will find out later this year when the new iPhone is expected to be released. In the mean while, check out our complete iPhone 5 rumour roundup.

[via The Wall Street Journal]

If You Are Lying In Bed To Sleep, DO NOT READ...

Hassan Aftab - October 10, 2015 0
In the modern day smartphones and tablets are a common commodity carried by all and sundry. Given how useful these beasts are, it is...

Inside the Panoptic Studio, the Dome That Could Give Robots Super-Senses