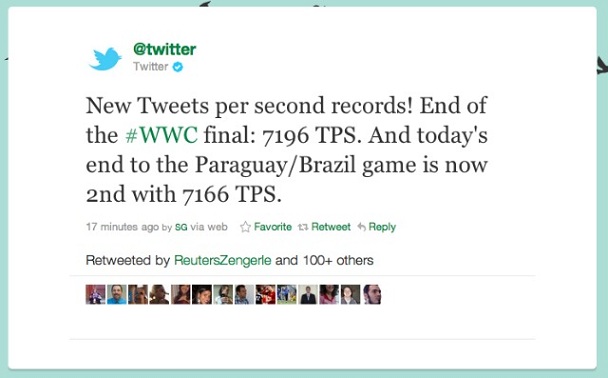 The FIFA Women’s World Cup final between USA and Japan has set a new world record for the number of tweets sent per second — events like Japanese Earthquake, Osama bin Laden’s death, The Royal Wedding or The Release Deathly Hallows II are not even close to it in terms of Twitter use.

The epic finale in which Japan scored an equaliser just three minutes before the end of extra time and then went on to win on penalty shoot-out, produced a record breaking 7,196 tweets per second. Prior to this, The Copa America Quarter Final game between Paraguay and Brazil produced 7,166 tweets per second.

The Top 5 Events at this moment of time are:

Here's the app you need to make your iPhone photos look...